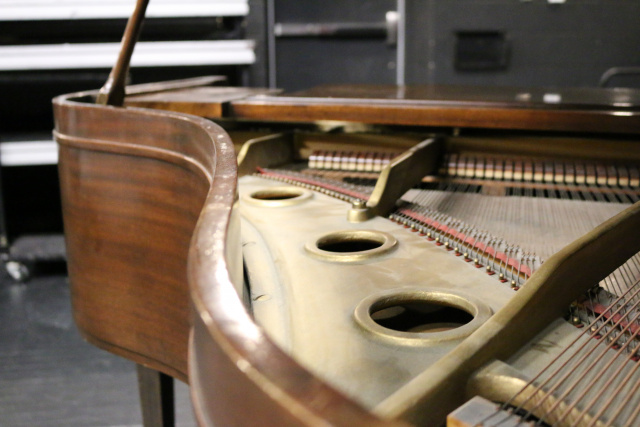 The piano, a 1934 Kurtzmann baby grand, made its way from a donor in Westerville to its new home on the Circleville High School stage early last week.

“We are incredibly humbled and thrilled that the Ted Lewis Museum felt compelled to secure this prized donation of this Kurtzmann for our students,” said district communications director Evan Debo. “From Mrs. Braswell and Mrs. Kelly’s choral music programs and musicals to Mr. Tennant’s concert orchestras, this historic piece further enhances our programs to benefit our students and community. Mr. Lewis’ passion for making ‘everybody happy’ through his music is very much alive today as a result of the efforts of museum curator Joseph Rubin, board president Joyce Keller, and their dedicated board of directors.” 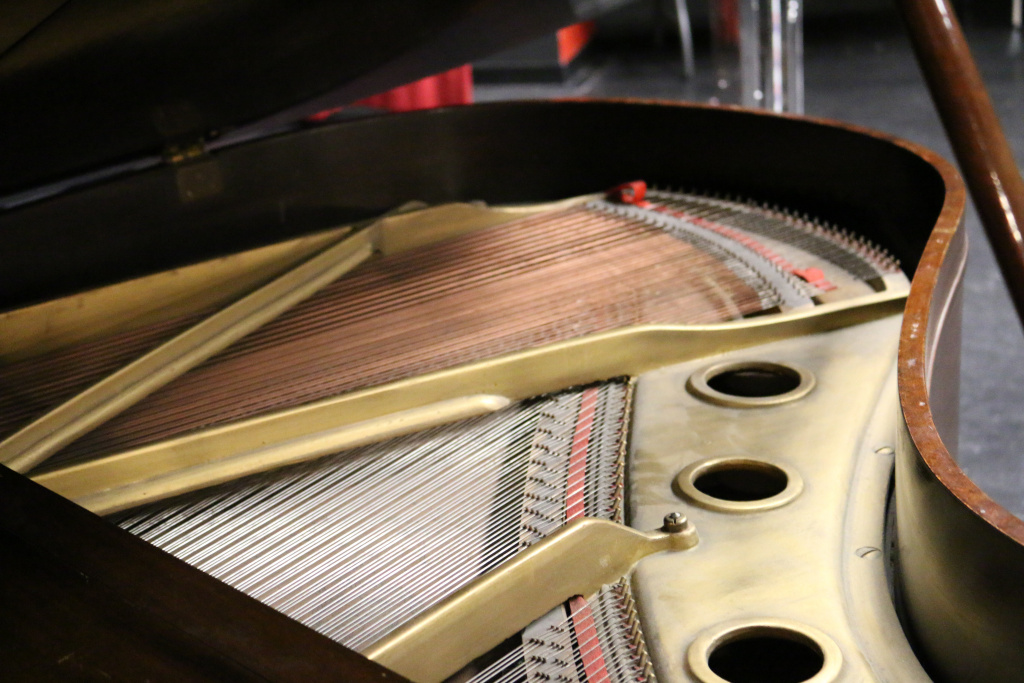 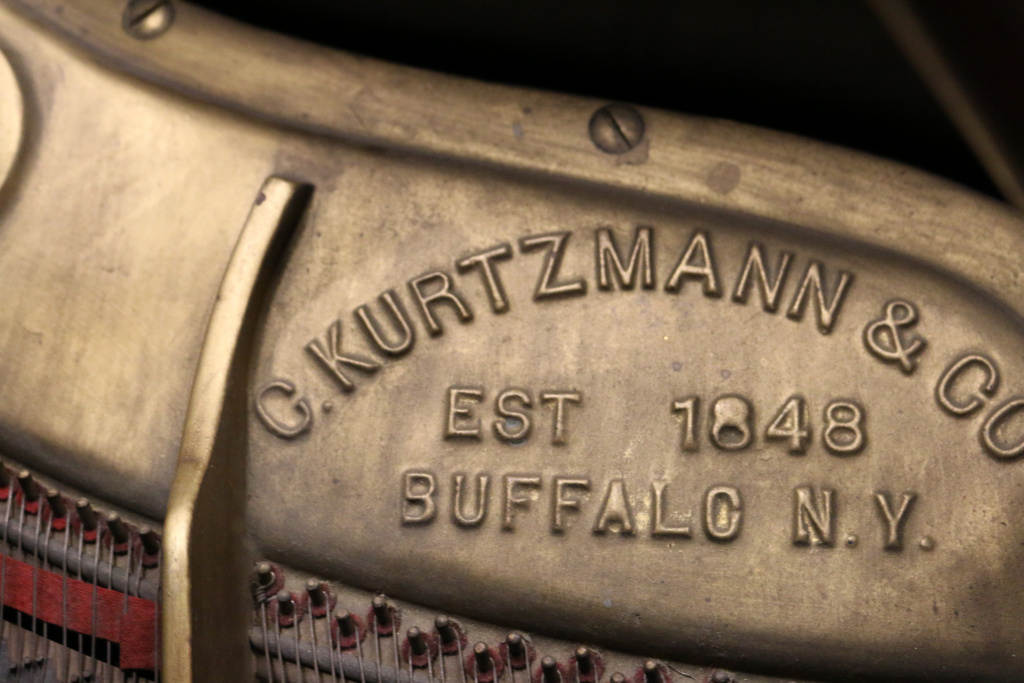 “C. Kurtzmann & Company was established by Christian Kurtzmann in Buffalo, NY in 1848. In about 1859, C. Kurtzmann went into partnership with a gentleman by the name of Hinze to form the company of “Kurtzmann & Hinze“. Christian Kurtzmann dissolved this partnership sometime in the late 1860’s and started building pianos under his own name.
During the 19th Century, Kurtzmann built a number of square grand piano models, slowly integrating upright and grand pianos into their line by the turn-of-the-century. The firm was incorporated as “C. Kurtzmann & Co.” in 1901 and their factories were located on Niagara Street in Buffalo, NY. During the early 20th Century, C. Kurtzmann & Co. had gained control of the Capen Piano Company and “Brockport Manufacturing Co. The Wurlitzer Piano Company took control of Kurtzmann in 1935, and built the Kurtzmann brand name until 1938.

Kurtzmann was known for building very high quality, expensive pianos and organs, and their instruments were often very elaborate and sometimes “overbuilt”. These instruments are truly amazing examples of old-world quality and craftsmanship.” 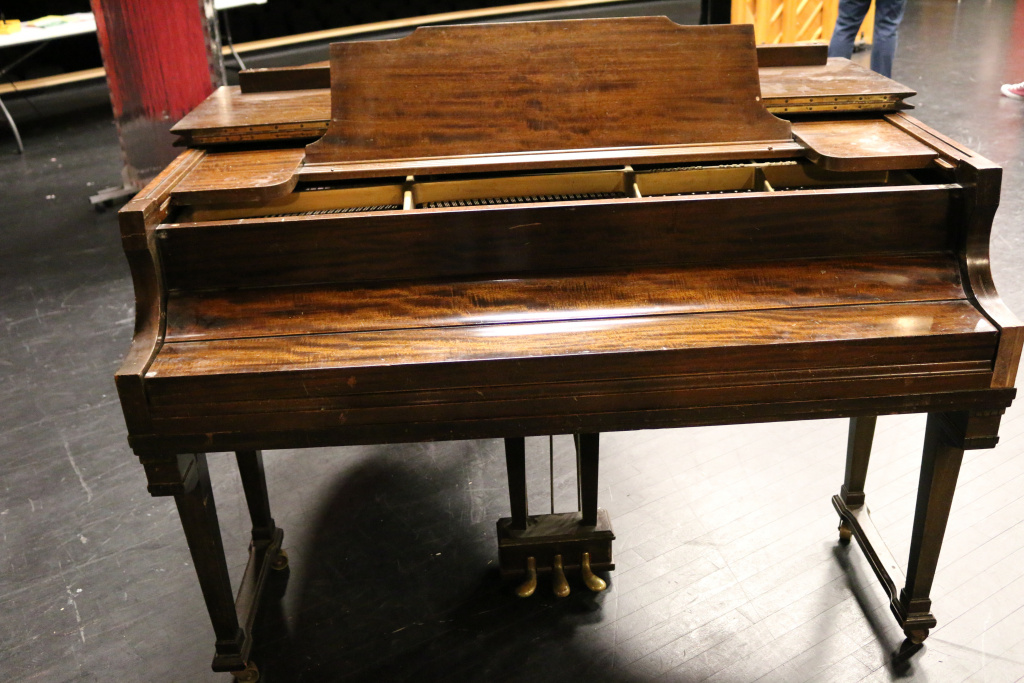 Circleville City Schools would like to thank our community partner in the Ted Lewis Museum who orchestrated and secured the donation of this historic piano for future generations of Tigers. While the piano does not have direct ties to Mr. Lewis’ prolific career, the gesture by the museum is yet another layer of commitment to Ted’s passion for Circleville and their board’s efforts to preserving local music history through initiatives that strengthen music education. 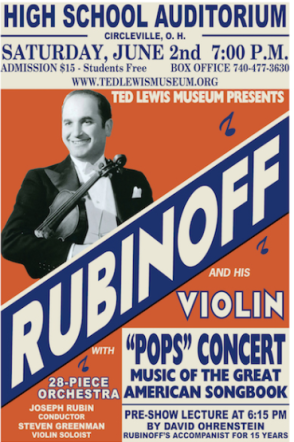 Members of our community can see the new Kurtzmann baby grand in concert this June, when Circleville High School and the Ted Lewis Museum play host to the “Rubinoff And His Violin “Pops” Concert” on june 2nd at 7 p.m.

For more information on Ted Lewis and upcoming events with the museum, visit www.tedlewismuseum.org. 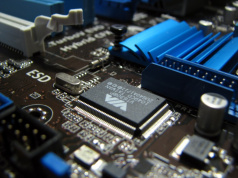 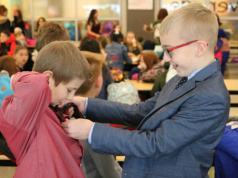 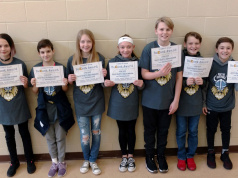