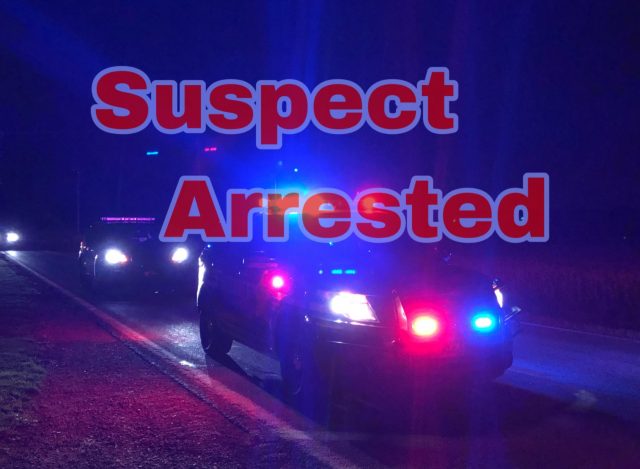 COMMERCIAL POINT – A man came forward and turned himself in after Commerical point police confiscated his vehicle after he ran on foot from a police chase on Thursday.

Three vehicle chases occurred on Thursday, in two of those chases police were able to get the vehicle stopped and the drivers were charged, in this case, the two occupants got away on foot from police.

According to Chief Jordan from Commerical Point while on patrol on Thursday, December 30, Sgt Murphy observed a subject loading up building materials at the new subdivision at Foxfire Golf Course located on SR 104. Upon an attempt to stop the vehicle, the suspect fled south on 104. Murphy called ahead and had Ohio State Highway patrol waiting with spike strips at the intersection of 104 and SR316.

When the suspect approached SR-316, it is believed they saw where the Highway Patrol was awaiting and prepared to deploy road spikes. At that time the suspect stopped near Roese Brothers paving business and fled on foot, along with a passenger.

Weather prevented the use of aerial assistance, and after a search was performed by officers from multiple agencies, the suspects were unable to be located at that time.

However, after confiscating the vehicle, the one suspect that was the driver had to step forward to claim his vehicle back which was a work truck.

Suspect Jose Corona, 30 years old of Columbus has been charged with Theft, trespassing, Fleeing, and an attempt of Breaking and Entering in Commercial Point Mayors Court. Further investigation is being conducted to identify the passenger of the vehicle believed to be an accomplice in the acts.