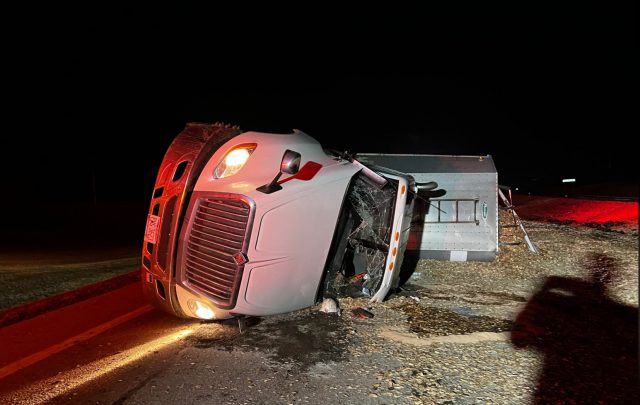 Pickaway – Yesterday at 7:18 PM Pickaway County fire was dispatched on a semi accident in the area of US 23 N/O Emerson Rd (Pickaway Township). On arrival crews found an 18-wheeler semi on its side, blocking the S/B lanes of US 23.

The semi was hauling wood chips, which were spilled into the roadway when the Semi overturned. FD crews found a leaking fuel tank which Spilled an estimated 49 gallons of fuel. The hazardous leak was isolated and tended to by two of the fire teams HazMat technicians. The driver of the semi was treated and released by EMS crews.

following agencies were on scene