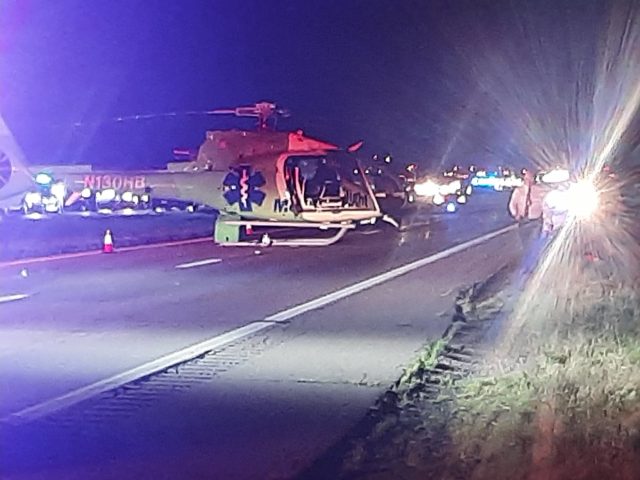 During the traffic crash investigation, Deputies learned that a 2014 black Chevrolet Equinox was traveling southbound on US Rte 23 approaching St Rte 762 and it went off the roadway to the left into the median
causing the vehicle to go airborne and rollover.