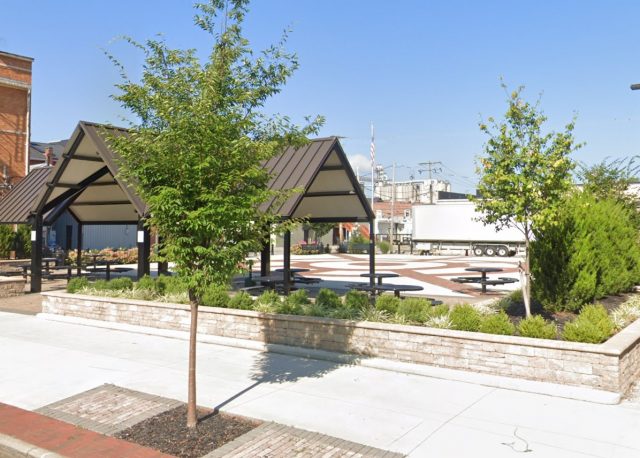 Circleville – A request by Barry Keller Vice President of Pumpkin show inc and (also Council President) on behalf of pumpkin show Inc. has requested a certificate of appropriateness for a trailer sign at 121 North Court St./Pumpkin Show Park.

In the downtown district, properties are governed by another layer of oversight called the Historical Review Board, which protects the historical area from environmental change, aiming to preserve the look and character of the downtown. In order to make some changes, you must go in front of the board and get a certificate of appropriateness including construction, reconstruction, signs, alteration, or demolition as examples.

According to Circleville City Code 1179.04 (a) prohibited signs (A) Trailer signs, as defined in Section 1179.02 (b) (15) Which defines trailer sign as …. “Trailer sign “ meaning a sign that is constructed on a chassis intended for the mounting of wheels, thereby permitting the sign to be moved.

If this were to pass and is allowed then this could possibly open the door for others to have trailer signs on their property in the Downtown area.

Two weeks ago Pickaway County Judge Randall Knece overturned a BZA decision based on equal protection rights to landowners according to the 14th amendment when he allowed Verito Properties (206 South Court street) the same rights to hang a large wall sign on its building similar to the large sign in Pumpkin show park. Click here to read that story:https://www.sciotopost.com/city-of-circleville-violates-14th-amendment-of-property-owner-court-overturns-bza-decision/

The difference between that case and this one is that Trailer signs are not allowed by code whatsoever in the Historical Downtown, and will need to be approved by the Historical review board.

This matter will be in front of the historic review on Monday at 5:30 at the city administration building.