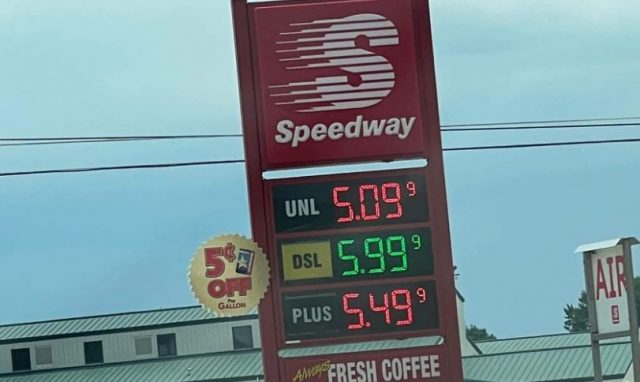 US – National gas prices have now smashed the previous record high by over a dollar more a gallon, experts say that there is a high chance of gas prices going higher than they are now.

According to AAA.com national gas prices is now 5.04 per gallon of gas nationwide, Ohio is slightly above average at 5.05 per gallon.

What’s causing the surge? For several different reasons, Russian sanctions on oil are partly to blame, but also US refining capacity has fallen by 1 million barrels per day over the last three years, and summer demand.

“It’s been one kink after another this year, and worst of all, demand doesn’t seem to be responding to the surge in gas prices, meaning there is a high probability that prices could go even higher in the weeks ahead,” said Patrick De Haan, head of petroleum analysis at GasBuddy. “It’s a perfect storm of factors all aligning to create a rare environment of rapid price hikes. The situation could become even worse should there be any unexpected issues at the nation’s refineries or a major hurricane that impacts oil production or refineries this summer.”

March 5: National average price of gas breaks $4/gal for the first time since 2008

According to AAA Pickaway county, average gas price is lower than most of the surrounding counties