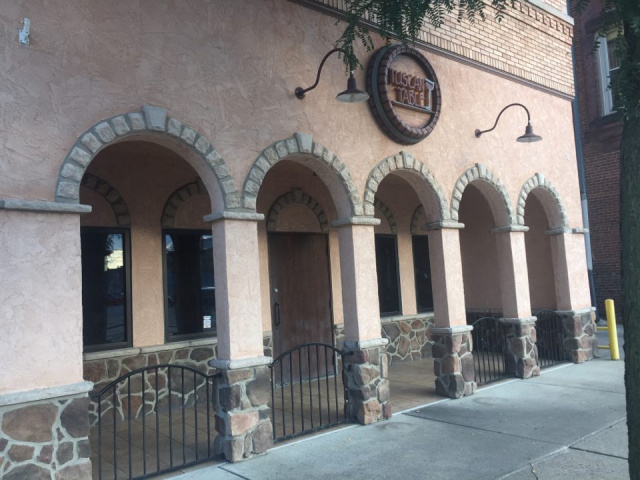 CIRCLEVILLE – Can you believe its been two years since the Tuscan Table has closed.  Some of the biggest questions have been what now?  What happens to the properties and Liquor Licenses that Convicted Felon Rankin owns now?  According to the division of Liquor Control two of Rankin’s Licenses are currently Suspended, but according to Circleville Mayor he has paid all the tax liens against his properties.  The only exception to the properties and a remaining license is Tootles Bar.  Rankin was able to transfer the ownership of Tootles and Circleville City Council approved of the liquor license transfer to the new owner. So what happens to the empty vacant properties?

Recently City Council and City Mayor rolled out a vacant building enforcement program. The purpose of Vacant Building Enforcement Programs is to regulate the maintenance of properties with are in foreclosure process, abandoned or vacant. It has been established that structures left vacant for extended periods of time have been shown to breed crime, pose safety risks, and to resume property values and the economic viability of the community in which they are found.

Friday night, September 15 2017, our reporters visited Tuscan Table, one of John Rankin’s properties, which sat at the center of the court saga that finished up on that Thursday.

When asked if Tuscan Table was going to stay open, a veteran bartender said, “We’re open, aren’t we?” At the closing hour, an out-of-town couple sat at the bar using 3 gift cards to pay, their last opportunity to use them. They asked to leave their phone number if there were issues with the tip. They said they wanted to make sure they took care of the woman for her great service.

In the back of the restaurant, after all the customers had left, staff took a smoke break. The employees could be heard expressing their fears that they would lose their job, and discussed where else they might try to work.

At about 5:00 PM on Saturday, their fears became reality when Tuscan Table shut its doors forever. When the indictment was first announced and published in the news, Rankin sat at one of the patio tables watching the cars drive by. That patio furniture was gone, and signs hang on the back door and front windows. Two staff members stood at the bar, talking in the dark. Another man, who claimed he wasn’t an employee, hung out at the back door. 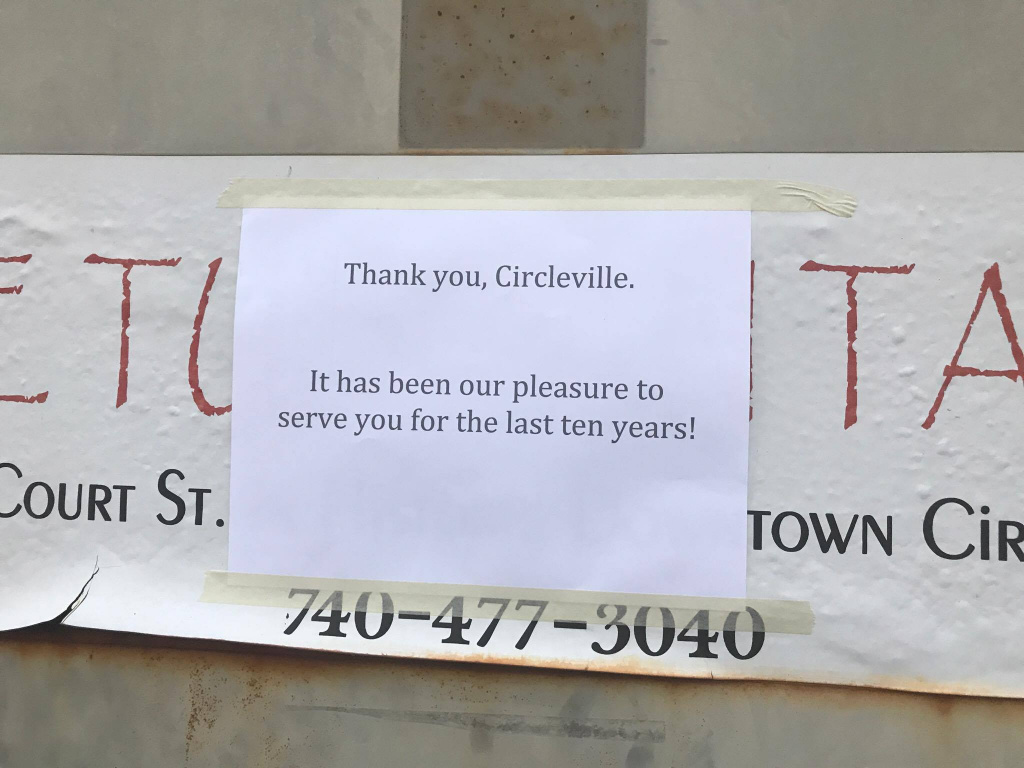 Tuscan Table after the patio furniture had been removed, but before the signs were attached to the windows.

A sign in the back and two on the front windows announced the restaurant’s closing. No social media announcements can be found, nor public statements given. Websites still show the business as open, and we met with one interested patron sitting outside of the restaurant, wondering what had come of Circleville’s lone Italian restaurant. 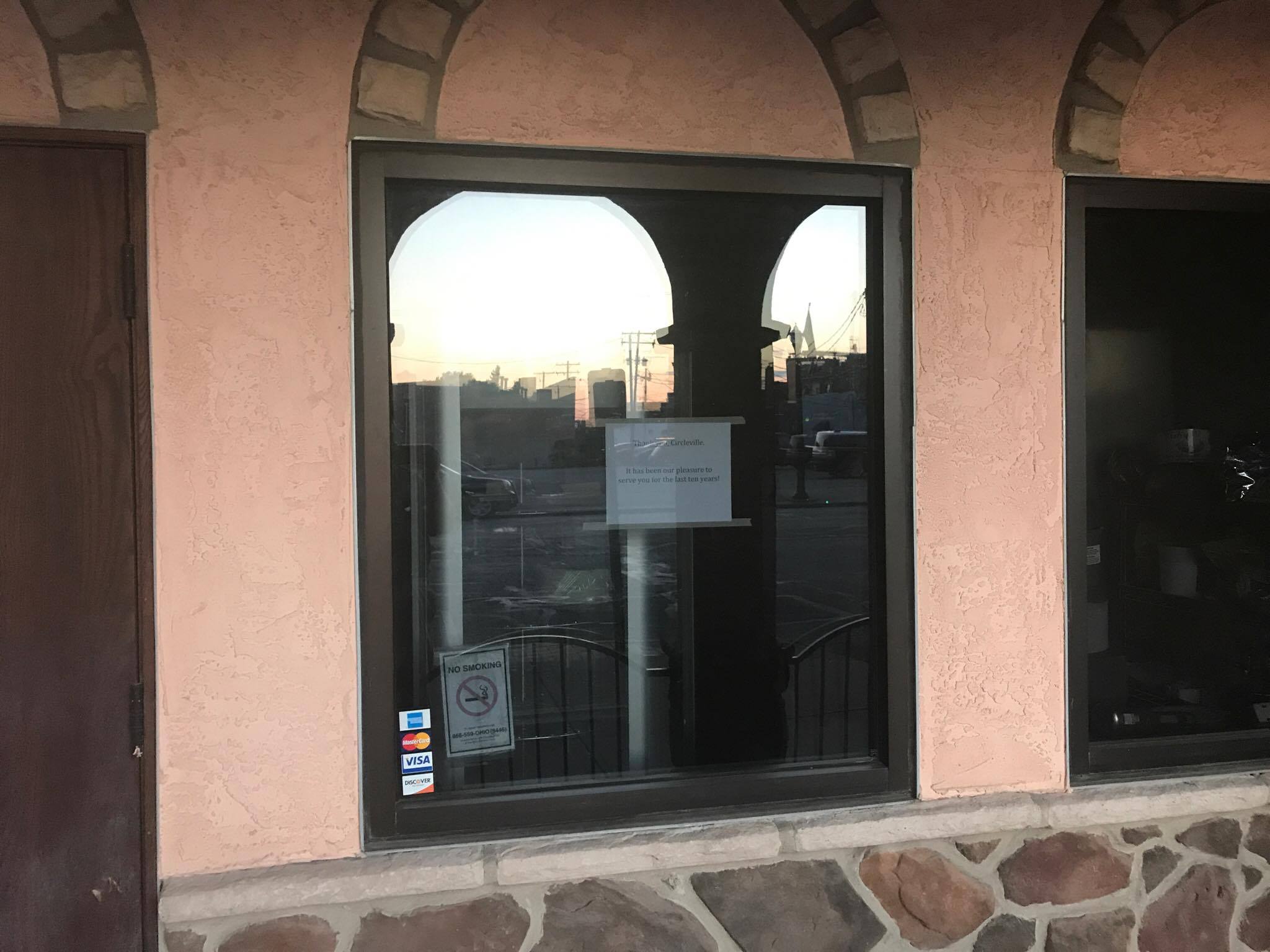 One of the signs in the windows that reads, “Thank you, Circleville. It has been our pleasure to server you for the last 10 years!”

This calls into question, what will happen with the rest of Rankin’s businesses and properties. At 7:00 PM last night, Tootles was still open, and staff seemed optimistic that they would stay open in the immediate term. 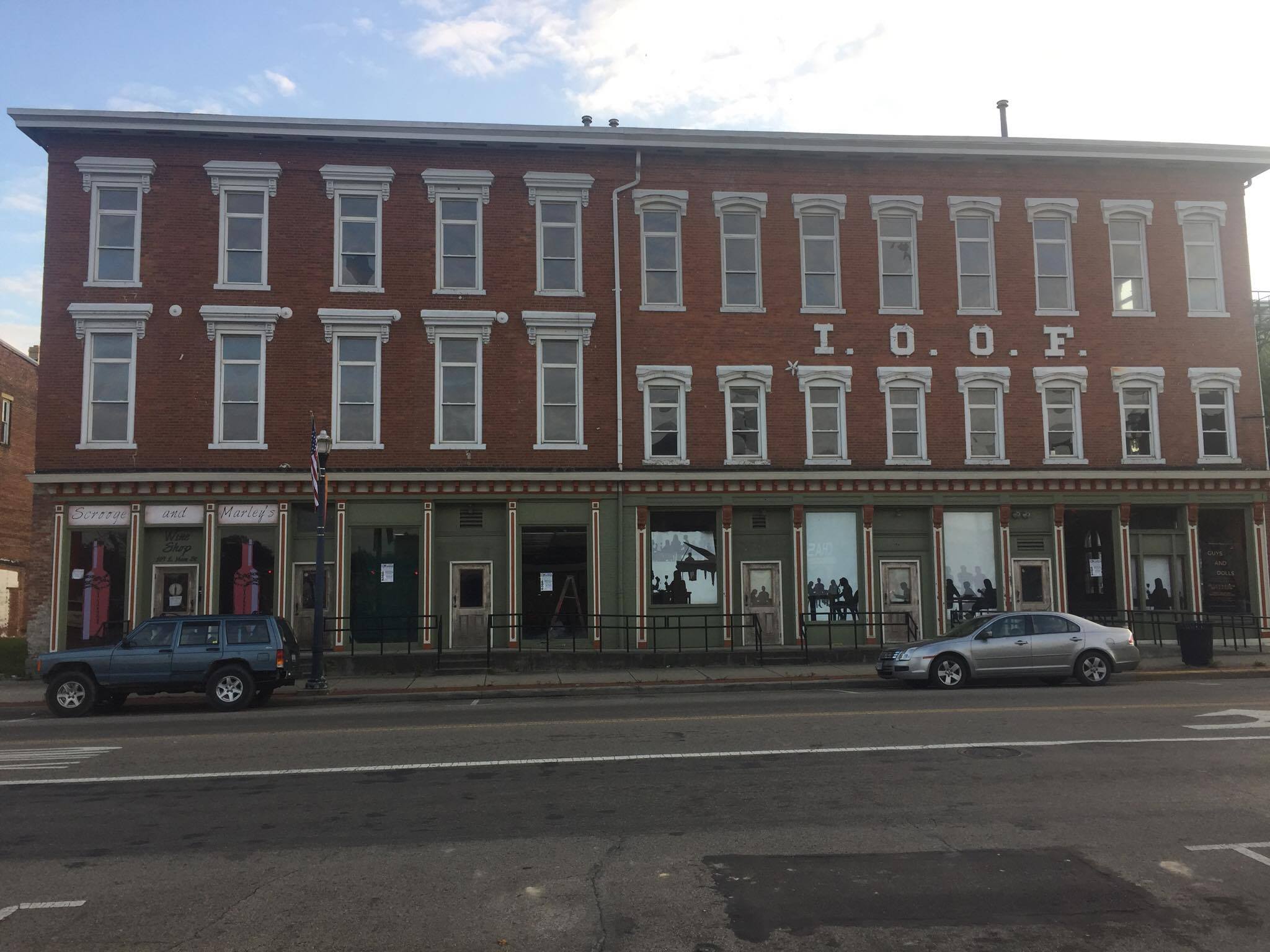 A chain of store fronts on Court & Main, owned by Rankin, which has sat empty for years. 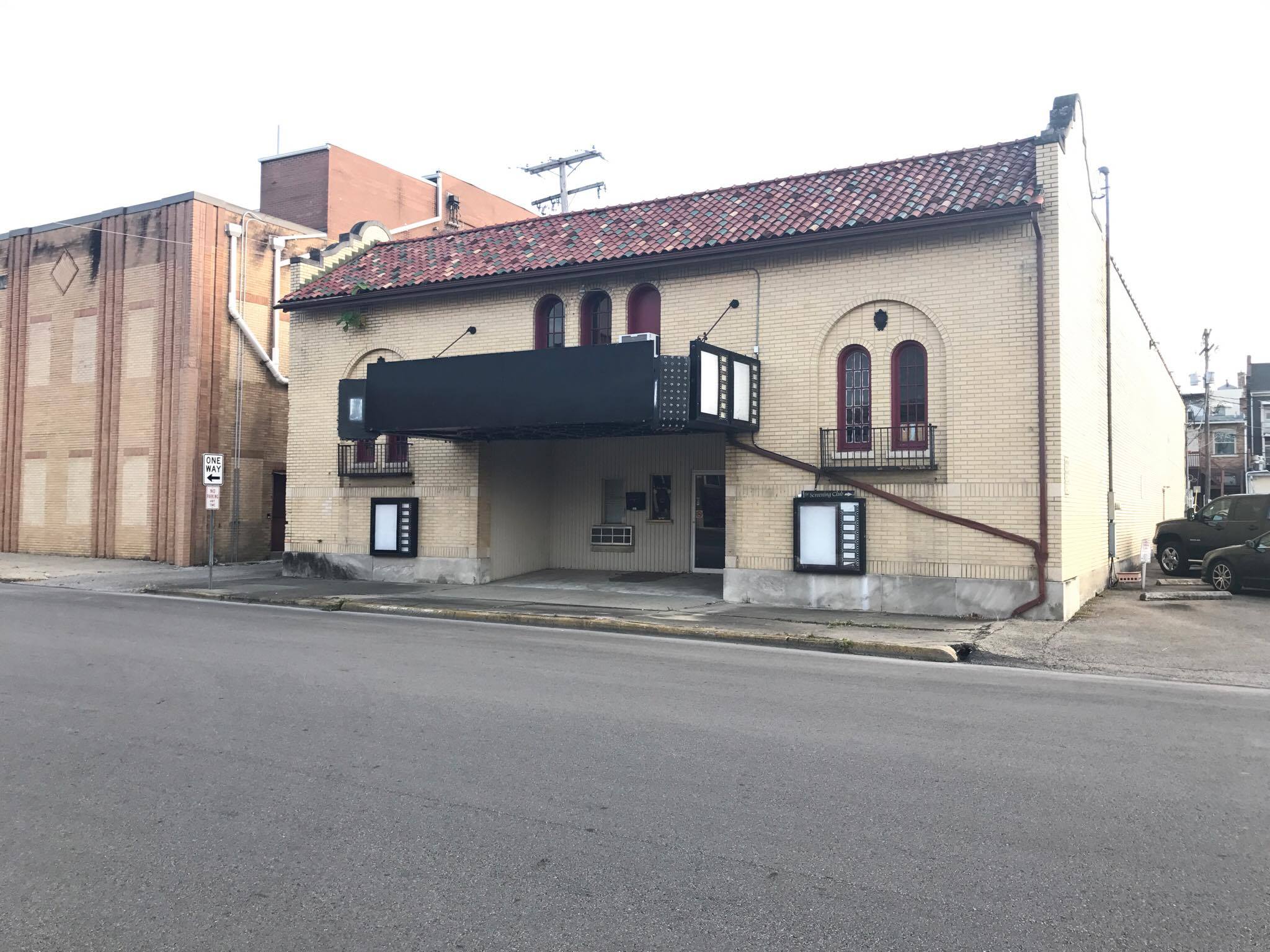 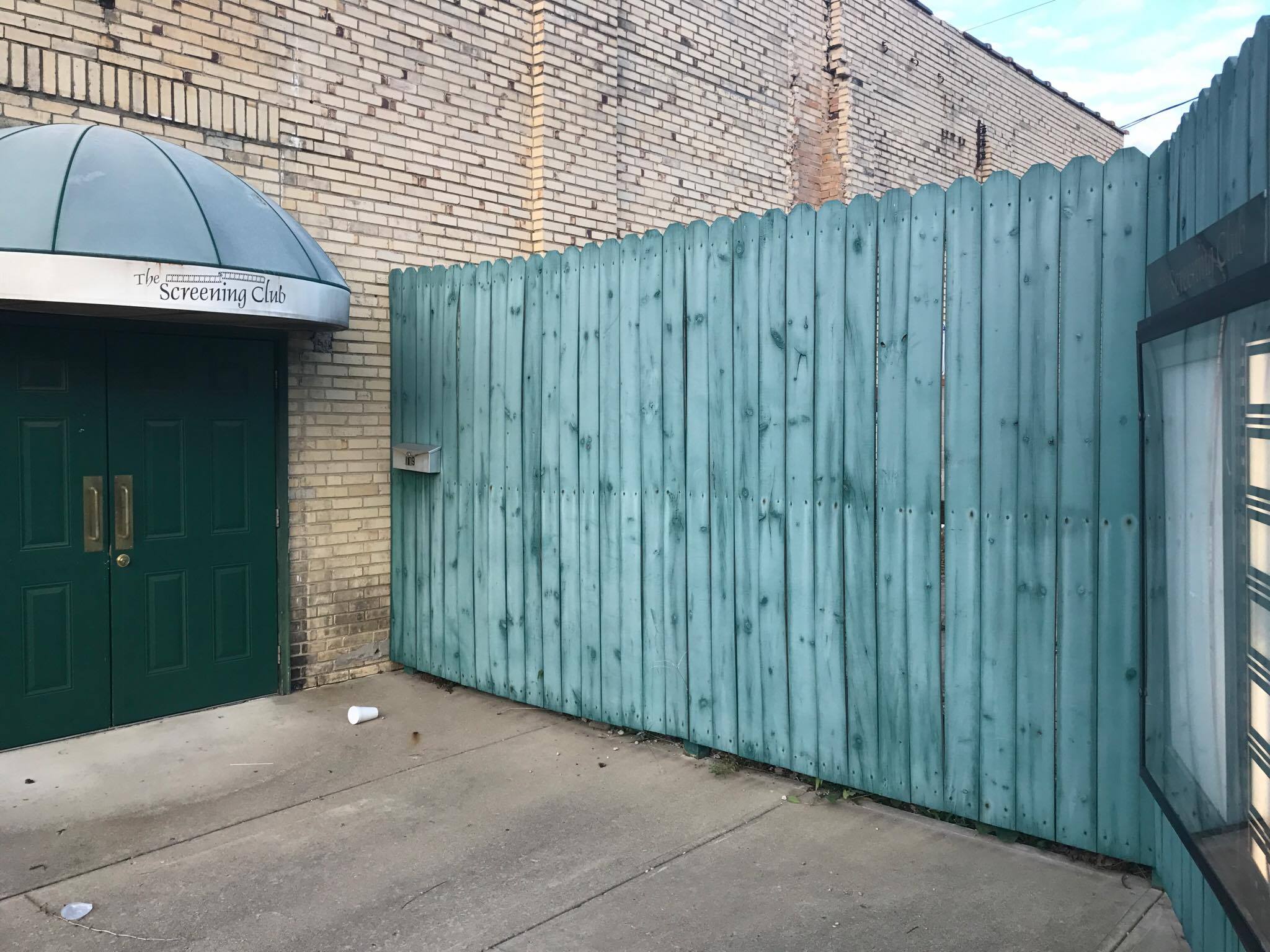 The movie theatre, owned by Rankin, which has been closed for several years. Several people on social media expressed hope that someone new would buy this building and re-open the theatre.

Ashley Wilson of the Tuscan Table has just issued a statement concerning the closing, sent to media outlets in the county:

“Due to the unfortunate circumstances happening with our owner, the Tuscan Table does not have the resources that it needs to continue to operate effectively.Therefore, it is with a heavy heart that we will be no longer open to the public. The Tuscan Table would like to thank Circleville for ten great years and for its continued love and support.”