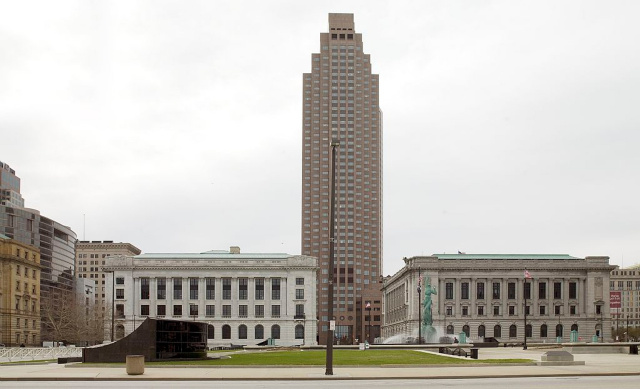 Local businessman John A. Rankin was convicted Thursday by a federal jury on 17 tax-related charges in U.S. District Court.

Rankin, 54, of Williamsport, was taken into immediate custody following the verdict and is currently being held in the Franklin County Jail awaiting sentencing. That process could reportedly take 90 days or more.

He faces more than eight years in federal prison and $500,000 in fines, according to information from the U.S. Attorney’s office. According to a report from the Columbus Dispatch, he also owes an estimated $4 million to the Internal Revenue Service.

“Rankin not only failed to pay his personal taxes, but he also failed to pay the Social Security and Medicare taxes of his employees, cheating his own workers for his personal benefit,” said U.S. Attorney Benjamin C. Glassman in a press release following the verdict.

The case also was handled by Ryan L. Korner, special agent in charge for the IRS Criminal Investigation Cincinnati Field Office, and was represented in court by assistant United States attorneys Daniel A. Brown and Noah R. Litton.

Rankin handled the case pro se, representing himself during the trial instead of hiring an attorney. In phone calls throughout the trial, Rankin maintained confidence that the jury would find in his favor, but he admitted to being nervous Thursday morning while waiting for the jury to come back with a verdict.

“It was the hardest thing I’ve ever done,” he said of the trial process.
Rankin was unavailable for comment following the verdict.

Details of the trial from the press release are as follows:

“Between June 2008 and April 2011 Rankin, conducting business as Rankin Enterprises and Tuscan Table, failed to account for and pay over to the IRS all federal income and FICA taxes.

“In 2010, Rankin filed a false individual income tax return that reported an adjusted gross income of nearly $27,000, when his actual gross income was nearly $1.6 million.

“In addition, Rankin filed false U.S. Corporation Income Tax Returns with the IRS for Connectivity Systems Incorporated for the 2008, 2009 and 2010 income tax years. These false forms claimed a fraudulent accelerated Research & Development Credit in the amount of $1.7 million against the corporate taxes due and owing of Connectivity Systems Incorporated.

The disposition of Rankin’s business assets in Pickaway County are currently unknown. Information on those issues will be published as they become available.