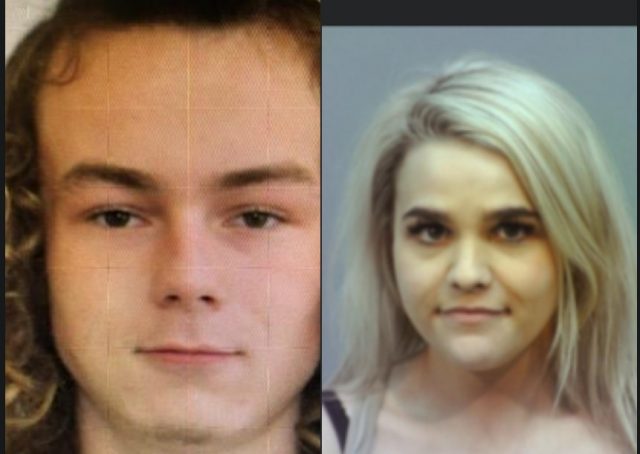 VINTON – Vinton County Deputies after coming across a broke down car with people passed out in it found drugs and people who were wanted inside the car.

On Tuesday, September 1, 2020, the Vinton County Sheriff’s Office received a call of a possible disabled vehicle in a driveway on Goose Creek Rd. Deputy Patrick Hill responded and found two individuals passed out inside the vehicle. Several attempts were made to wake both occupants, who appeared to be under the influence of some type of narcotic. Several unidentified pills were seen inside the vehicle.
The driver, Dylan M. Gandee age 20 of McArthur, was arrested on a warrant out of Vinton County. The passenger, Kassandra J. Baker age 23 of Hamden, was wearing an ankle monitor and arrested for violation of bond. Both individuals had been arrested and charged during previous drug trafficking investigations in the Hamden area not long ago.