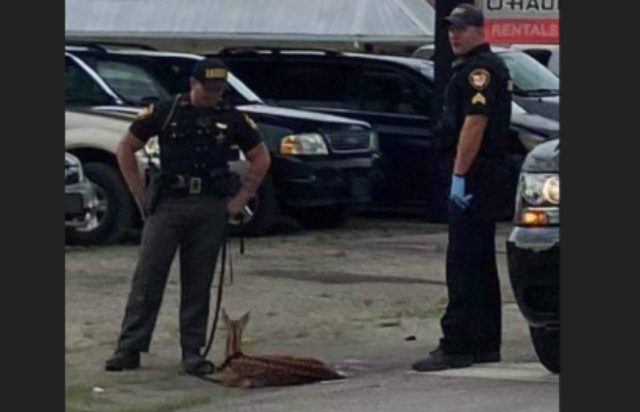 PICKAWAY – Two Pickaway county Units responded to US-23 Northbound at the intersection of Tarlton road on the report of a deer that was struck by morning traffic.

When officers arrived on the scene they found a young faun was sitting on the side of the road wounded from a car.

Law enforcement then took the wounded animal to North court vet office and the local humane society became involved. After assessing the health of the animal sadly, the animal had to be euthanized due to the extensive injuries.