CIRCLEVILLE – The time period from Memorial Day weekend through Labor Day weekend is referred to as the 100 Deadliest Days of Summer. The Ohio State Highway Patrol is reminding motorists to drive buckled, focused and sober.

Last year, 336 fatal crashes killed 360 people during this time period. These 100 days only represent 28 percent of the calendar year, but they account for more than one third of all fatal traffic crashes and deaths. Operating a vehicle while impaired and speeding significantly contributed to these crashes. In fact, 37 percent of all fatal crashes were OVI-related and 28 percent were speed related.

The 100 days also encompass the primary motorcycle riding months. Last year, 55 percent of all motorcycle involved crashes and 25 percent of motorcycle fatalities occurred during this timeframe. 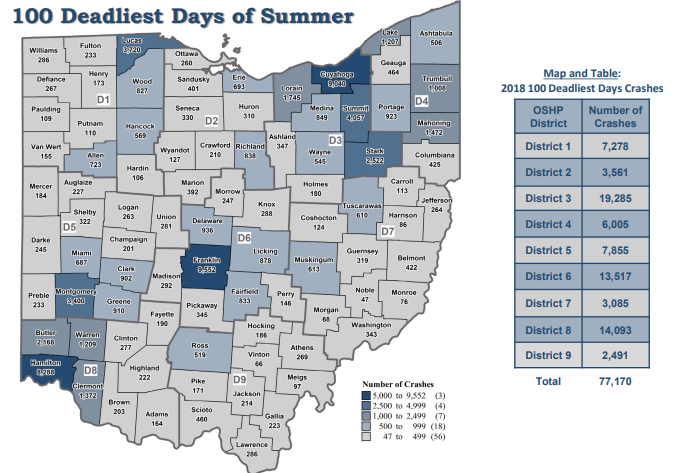 “Drivers should make responsible choices behind the wheel every day of the year, but this is especially important during these dangerous summer months,” said Governor DeWine. “Protect yourself and others on the road by committing to safe driving habits.”

“The safety of everyone using our roads is our primary concern,” said Colonel Richard S. Fambro, Patrol superintendent. “By driving sober and obeying the speed limit, we can make this a safe summer in Ohio.”

You can help contribute to roadway safety by calling #677 to report drug activity and dangerous or impaired driving. 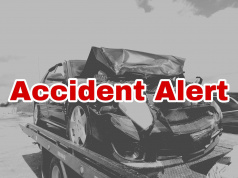 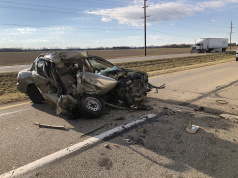 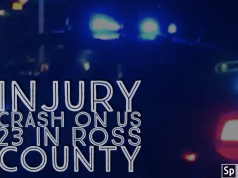