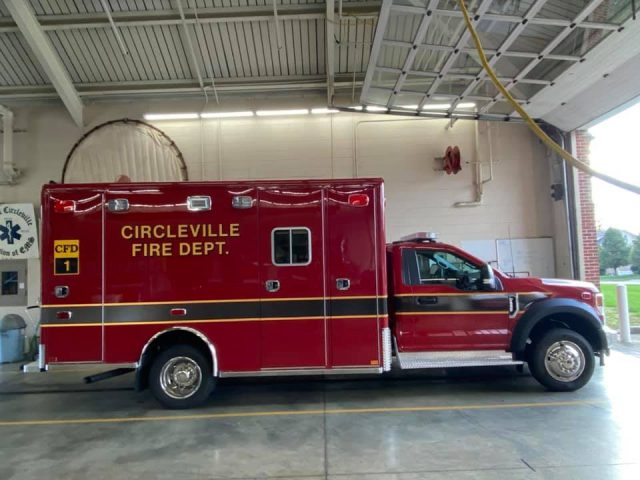 On March 27, the President signed into law the Coronavirus Aid, Relief, and Economic Security (CARES) Act to help combat the far-reaching impacts of COVID-19.

In June, The Ohio House voted 87-8 on a financial package that includes distributing $350 million in federal CARES money to local governments and reappropriating more than $1 billion in state capital money so that public improvement projects at colleges, universities and elsewhere can continue.

In March Circleville Fire department made adjustments to their 2nd medical ambulance in response to COVID-19. That vehicle dubbed the “dirty” medic was stripped of extra equipment for easy cleaning between COVID-19 positive runs and designated for that use. In mid-summer that aged emergency equipment broke down and was taken out of service, since then the department has been borrowing equipment from other departments at times.

One emergency vehicle is 21 years old the other 16, with an average of 15-20 runs a day according to Fire Chief Brian Thompson.

During last week’s finance meeting Tony Chamberlain spoke on the ordinance in hopes to get approval from the council by the end of the year when CARES money must be spent.

Circleville Polcie department took the old medic for free and retrofitted it into a mobile command unit that story here: https://www.sciotopost.com/circleville-police-launches-mobile-command-unit/