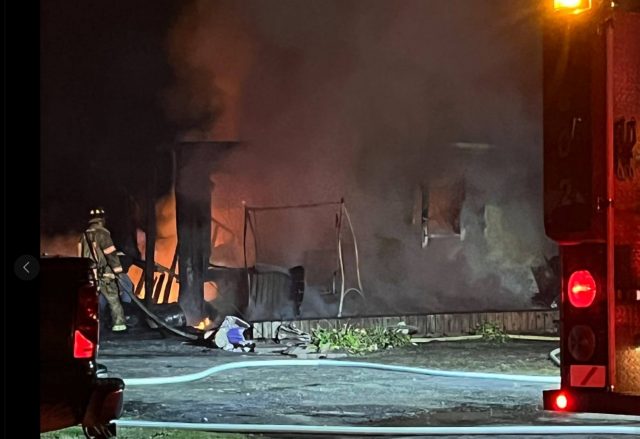 When Fires departments arrived on the scene the structure was fully engulfed. One person was reported entrapped in the home, sadly he was not saved and died.

A second person was injured during the fire and taken to Adena with burns.

Ross County released the name of the man as Trent McElroy, 33 of Chillicothe.

The home was also a total loss, according to social media posts Mcelroy died saving his family from the fire in their home.

The area was shut down for most of the afternoon and until late that night, dozens of fire equipment was used at the scene including Pickaway Box 65