Back in the year 2000, only about 1,000 surgeries world-wide were done robotically. Since then, this number has skyrocketed, impacting patients not only nationally, but locally as well.

Just shy of its fifth year anniversary, Adena’s Robotic Surgery Program has reached a milestone completing its 2,000 surgery. Since the program began in October 2012, it has transformed from an upstart to becoming nationally recognized as an “Epicenter of Excellence”, one of four in Ohio.

“The support from our colleagues and administration is very humbling,” said Robotic Surgeon Dr. Bill Sever. “To hit the 2,000 milestone is very gratifying and cements the organizational and community benefits of our program.”

The da Vinci Surgical System enables a surgeon to perform extremely precise procedures, using small incisions, in areas of the body that are difficult for the human hand to reach. Although robotic instruments can rotate 360 degrees, providing greater mobility than a surgeon’s own hands, the surgeon is in complete control of the instruments while dissecting and suturing.

Carla Campbell of Waverly underwent a complete hysterectomy through Adena Robotic Surgery. “The surgery itself only took a little over an hour,” said Campbell. “I would highly recommend having roboticsurgery through Adena to anyone needing the procedures offered, because it was faster, easier and I was up walking that very same day. I am so glad I chose to follow-through with robotic surgery over traditional surgery.” 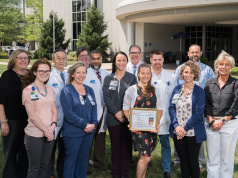 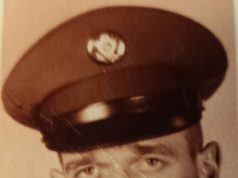