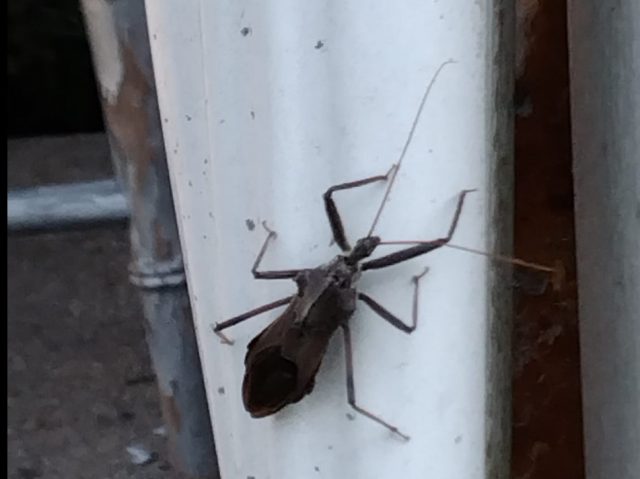 OHIO – Have you seen this creepy bug lately, its because fall is mating season for the bug and it’s moving around so you are more likely to see it around.

The Wheel bug is the biggest of the assassin bugs, its name comes from the exoskeleton that is shaped like a wheel. The bug is a bit like a beetle in the way it moves, slowly and somewhat clunky, but be careful they do bite.

This bug feeds on insects grabbing them with its front legs and then plunging its beak into them injecting them with a toxic goo that paralyzes them until it can drain the fluids from the prey. They are mild in temperament, meaning if you go near one its not going to attack like a bee or a wasp, but if you happened to handle one it could bite and that bite can be similar to bee or wasp lasting days.

The female is the larger of the group, she will mate with another wheel bug and then lay eggs and die. Her eggs will hatch in the Spring of next year and won’t be fully developed until around July where they will start the same life cycle over again in the fall.