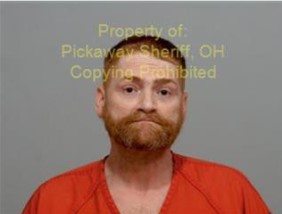 PICKAWAY – Two Men have been sentenced to correction after being in possession of a large amount of illicit drugs in Pickaway county.

According to Pickaway County Sheriff department, on March 7, 2020 at or around 1:45 A.M. Deputy Seth Thomas and Deputy Ryan Howard initiated a traffic stop on a 2004 Saturn that was driven by 45-year-old Jeffrey O. Linton out of Wellston, Ohio, for a traffic violation. The Saturn was stopped on US Rte. 23 near Island Road.

McClaskey was found guilty of Aggravated Possession of Drugs and sentenced to 24 months in prison (suspended) 3 years community control, 6 months at CBCF, 30 days in county jail.

The driver Jeffrey O Linton from Wellston was also found guilty of Aggravated Possession of Drugs and sentenced to 30 months in prison.