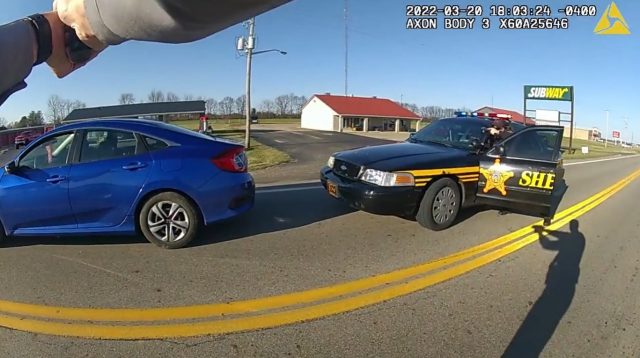 PICKAWAY – A high-speed chase through the county ended with several crashes and a woman who is heading to jail and it was all captured on video.

This was all caught on video plus more, during the video you can watch as OSP troop attempts to stop the drunk driver while she dangerously cuts corners, goes off the roadway and crosses lines and into other lanes of traffic. Watch the video here: https://www.facebook.com/SciotoPost/videos/498483871884628/

Thornton will be charged with failure to comply, OVI, driving with a suspended license, two crashes, probation violation, no seat belt, lanes of travel upon roadways.