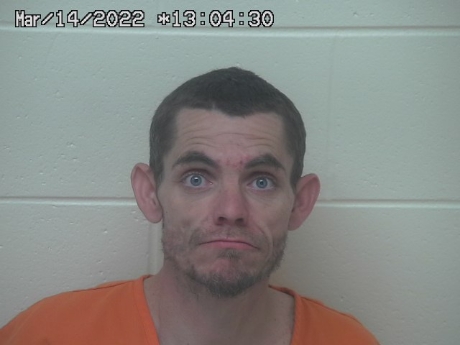 Scioto County Sheriff David Thoroughman stated that his detectives have been conducting several investigations involving houses being broken into and vehicles being stolen around the Lucasville and McDermott areas.
Sheriff Thoroughman stated that as a result of these investigations a suspect has been identified who is currently being sought after for several indictment warrants.

On Thursday, May 12, 2022, the suspect attempted to break into a home on
McDermott Cemetery Road. The suspect then left on foot, later taking a truck from another driveway. The truck was located abandoned near a pay lake. Deputies, along with detectives, searched several locations that resulted in the recovery of stolen property, including a stolen car.

Sheriff Thoroughman stated that this is still an ongoing investigation that will result in more charges being presented to the Scioto county Grand Jury on a later date.

Anyone with information about the whereabouts of Garry should contact the Sheriff’s Office @ 740-354-7566 all calls will remain anonymous.