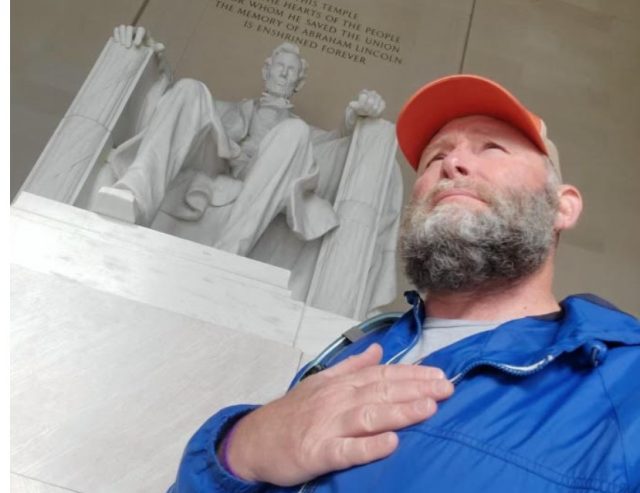 OHIO – A man started an over 3,000 miles trek across America for three causes on April 1, 2022 and will come through Ohio locally this week.

Colonel (Retired) Kenneth Mintz is a West Point graduate and 34-year veteran of the United States Army. During his full active-duty service, he served 5 years in combat deployment including being a battalion commander in Afghanistan. Kenny is walking across America from Washington D.C. to San Diego, CA for 3 main objectives – raising funds for pancreatic cancer research after losing his mother to a 5-year battle in 2020, supporting Operation Resiliency as part of the Independence Fund which supports initiatives to keep Soldiers and veterans connected in combating veteran suicide, and finally to start the Jordan Morris college scholarship fund in honor of one of his fallen comrades in combat.

Walking around 20 miles per day Kenny walks across America has been sharing a daily log of some of the sights and countryside he has seen throughout his day. Some days he stops and talks to people and high schools.

On May 1st a Month after he started his journey Kenny made it to Zanesville Ohio.

On May 4th Kenny will stop with his local supporters in Chillicothe for an evening of fellowship on Wednesday, from 7-9 p.m. at 50 West Brewery. Learn about Kenny’s story and offer encouragement as he makes his way through the Midwest.

You can learn more about Mintz trip here on his Facebook where he keeps a daily log of his days: https://www.facebook.com/KennywalksacrossAmerica