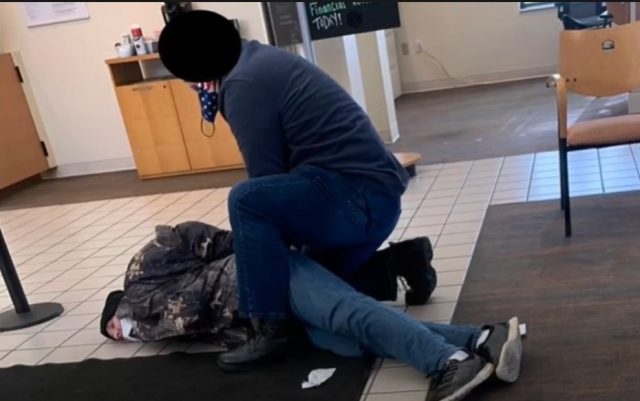 Chitwood also implied that he had a weapon by grabbing his waistband.

Unbeknownst to Chitwood, a Columbus Police Lieutenant (Criminal Intelligence Unit) was in the bank and observed the entire robbery. The lieutenant apprehended Chitwood in the bank while he was holding cash taken from the teller. CPD Lieutenant Thwarts Bank Robbery

The arrest came without injury to any persons in the bank. “Thanks to the quick actions of this plainclothes lieutenant this robbery is solved,” said Det. Herman – CPD Robbery Unit.