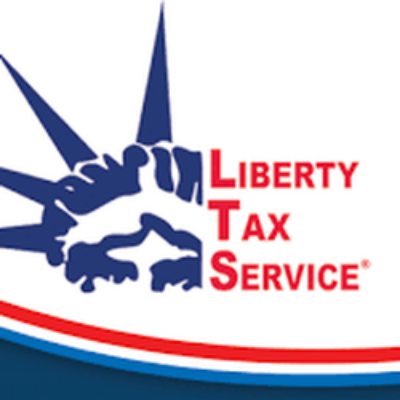 Photo credit to Indeed.com
Norfolk, Virginia- The Justice Department announced today that it has filed a complaint with a U.S. District Court in Norfolk, Virginia, seeking entry of a court order requiring Franchise Group Intermediate L 1 LLC, (Liberty) the national franchisor and owner of Liberty Tax Service stores, to refrain from specific acts, enact enhanced internal compliance controls regarding the detection of false tax returns, and pay for an independent monitor to oversee Liberty’s compliance with the proposed court order. Separately, the United States and Liberty filed a joint motion and proposed order that, if adopted by the court, would resolve the matter.

Liberty is one of the largest tax preparation service providers in the United States, according to its public filings. Through its stores, Liberty filed approximately 1.3 to 1.9 million tax returns each year between 2015 and 2019, and for tax years 2012 to 2018, Liberty claimed over $28 billion in federal tax refunds on behalf of its customers, the complaint asserts. According to Liberty’s 2019 Annual Report filed with the SEC, and as reflected in the complaint, the Justice Department has been investigating Liberty’s policies, practices and procedures in connection with Liberty’s tax return preparation activities. Liberty has cooperated to resolve this matter.

Between 2013 and 2018 the Department of Justice filed 10 separate civil enforcement actions against Liberty Tax Service franchisees, or their owners, former owners or managers, some of whom Liberty designated as “Elite 18” franchisees because their “performance and attitude set the standard for the [Liberty Tax Service] organization.” The government contends its allegations in those lawsuits show common patterns across top Liberty franchisees of concocting fictitious income for customers to claim Earned Income Tax Credits, fabricating expenses to reduce customers’ reported income tax liability, claiming improper or false dependents, and falsifying education expenses to claim refundable education tax credits.

In their joint motion, the parties request relief that would:

and require Liberty to:

Implement enhanced compliance measures, including training programs and additional resources to monitor, detect, and report non-compliance with federal laws and regulations, as well as to ensure effective quality control over tax return preparation throughout the Liberty Tax Service system;Conduct a minimum number of onsite compliance reviews of its stores, test its stores’ compliance with tax laws using mystery shoppers, and automatically prevent electronic transmission of tax returns to the IRS that report certain items with a high risk of fraud until the company independently verifies the accuracy of the tax return;Disclose to the United States any violations Liberty discovers from onsite reviews, mystery shoppers, and automatic holds of tax returns, as well as internal reviews Liberty previously conducted of its officers and employees who violated federal tax laws;Enact specific verification requirements at Liberty Tax Service stores for tax returns that claim itemized tax deductions or report certain forms of income to claim the Earned Income Tax Credit;Maintain a whistleblower program to encourage Liberty employees, franchisees, and franchisee employees to report suspected fraudulent activity; andEngage a third party, approved by the United States, to act as an independent monitor to review the company’s compliance with terms of the order, to assess the sufficiency of Liberty’s fraud prevention measures, and to report findings to a government official designated by the United States and, if necessary, to the court.

Return preparer fraud is one of the Internal Revenue Service’s (IRS) Dirty Dozen Tax Scams for 2019. The IRS has some tips on their website for choosing a tax preparer and has launched a free directory of federal tax preparers. In the past decade, the Tax Division has obtained injunctions against hundreds of unscrupulous tax preparers. Information about these cases is available on the Justice Department’s website. An alphabetical listing of persons enjoined from preparing returns and promoting tax schemes can be found on this page. If you believe that one of the enjoined persons or businesses may be violating an injunction, please contact the Tax Division with details