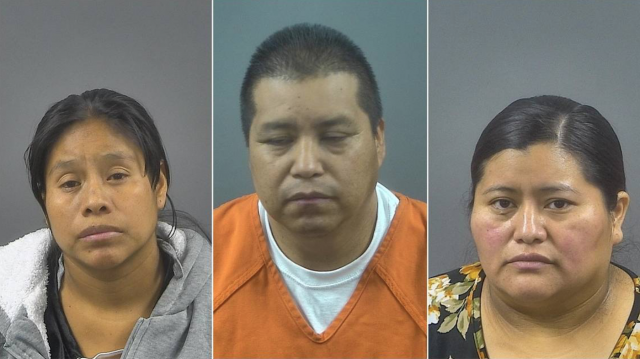 KENTUCKY – The Bowling Green Police department has arrested three people for selling and buying a infant.

On Monday December 2, 2019 the department received information from Parker Bennett Curry Elementary School Officials sayin the school had information about a woman giving a child away.

Officers responded to 413 West 10th avenue and spoke to Maria Domingo Perez, the mother of the infant. Domingo Perez gave conflicting statement but, eventually told police she gave the child away to Pascual Jose Manuel and Catarina Felipe Jose.

Detetives spoke to both Jose and Felipe and were told they gave $2,000 dollars for the child.

Social Services has taken custody of the infant along with Domingo Perez’s other children.

The three individuals are being held in Warren County Regional Jail and charged with selling/purchasing child for adoption a class “D” felony.