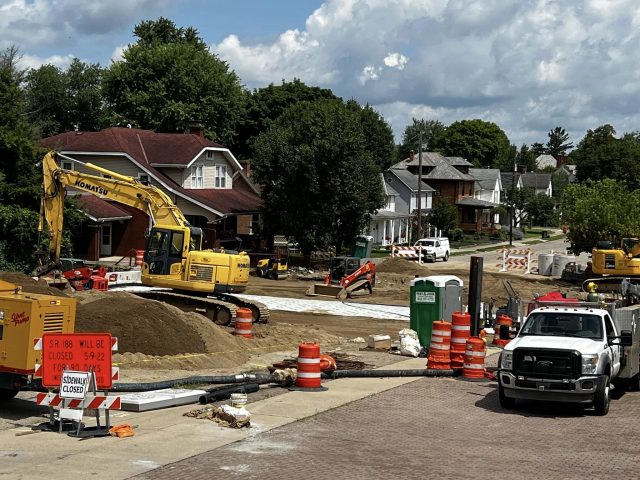 CIRCLEVILLE – The ODOT Hargus Creek Bridge Construction project will be delayed from its initial 90-day closure according to the City.

The Hargus Creek Bridge is a 58-foot arch structure that was built in 1924. The 1.65 million dollar replacement plans on expanding that bridge to a 60-foot span with the largest premade arch structure they can make. This Closed the North Court street overpass on May 6 days and created a detour from Pleasant Street, to Pickaway Street, to East Main during the closure.

Since then according to Jim Stanley director of public service they have had a few delays and setbacks in construction. Those setbacks included adjustment of footers at the base, rain delays, and water that comes from Hargus Lake from the dam that causes the men to not work underneath.

Originally the roadway was planned to open on August 6th, but now the plans to open are closer to September 5, 2022.

Almost all costs of the replacement will be ODOT State costs, Circleville will only occur any costs for any upgrades to the basic plan. Today construction was of dirt fill. Afterward, they will go with a base and then asphalt.