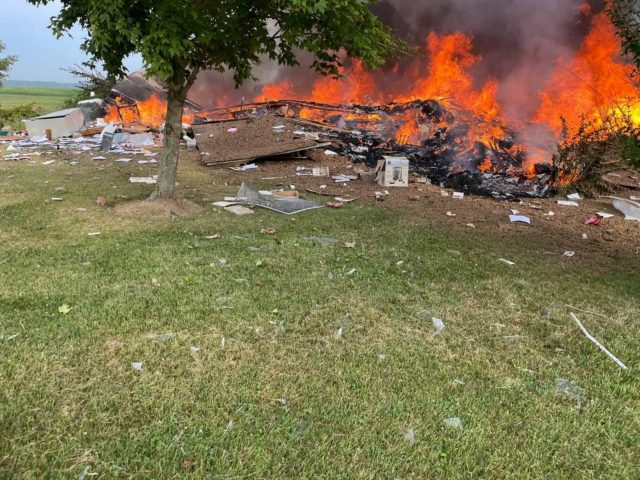 Officials have now released more information regarding the possible blast that reportedly has killed one person and critically injured another.

The reported explosion occurred just before 8:00AM as reported HERE, but the new details are being released and local people are speaking about hearing and even feeling the blast from miles away.

The names of the victims have not been released at this time but Scioto Post has them in our thoughts today.

Below is an official release from the Fayette County Sheriff’s Office.

The Fayette County Sheriff’s Office received calls reporting a home explosion shortly after 7:30 a.m. on Saturday morning in the 1900 block of Good Hope-New Holland Road in Marion Township which is located in eastern Fayette County.

Investigators from the State Fire Marshal’s Office were contacted and have arrived on scene to conduct their investigation into the cause of the explosion.

Names of the occupants are being withheld at this time and will be made available at a later time.”

“People are going to copy your stuff, if you make a great product.”