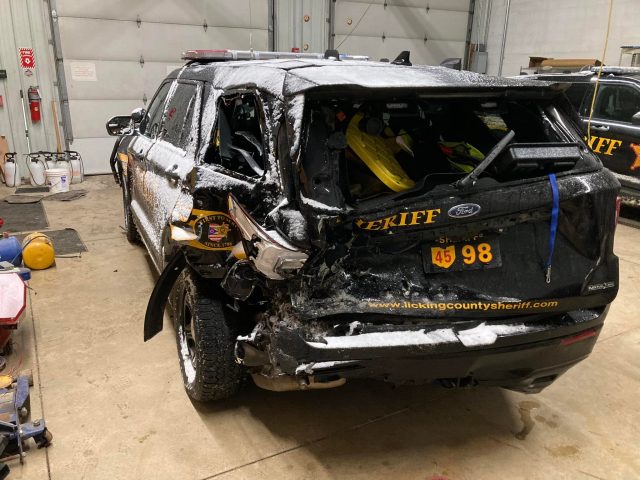 Accoridng to a press release two Licking County Sheriffs Deputies while investigating a motor vehicle crash at approximately 11:45PM on 03/11/22 in the 8700 block of Purity Road NE St. Louisville was struck by another vehicle while inside of their cruisers. Both Deputies were transported to Licking Memorial Hospital with nonlife-threatening injuries. The Ohio State Highway Patrol is investigating the crash.

Deputies Jessica Green and Sean Corley were treated and released from Licking Memorial Hospital after being treated for their injuries.

Raymond J. Snyder age 20 of purity Rd St. Louisville, Ohio was arrested and incarcerated in the Licking County Jail on counts of operating a motor vehicle under the influence and Aggravated Vehicular Assault by the Ohio State Highway Patrol at this time. Other charges could also be filed.

The men and women of the Licking County Sheriffs Office appreciate the work of the Ohio State Highway Patrol and the prayers and thoughts from the citizens we serve for our deputies injured while out serving Licking County.

Since the crash involved deputies from the county the Ohio State Highway Patrol is investigating the crash.