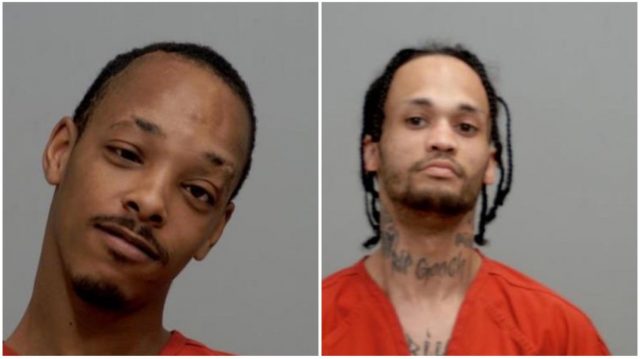 PICKAWAY – Two men were arrested on US-23 after running out of the store with high-end electronics, household sweepers, speakers, and air purifiers from Walmart in Circleville.

According to Pickaway County Sheriff’s office at 3:52 on 1/29/22 Circleville Walmart called 911 to report that two males ran out the front of the store with a cart full of merchandise.

According to the report, the males threw some of the new items in the cart and took off in a silver Aztek traveling north on S. Court St. Dispatch advised they relayed the information for OSP. A few moments later OSP advised they located the vehicle and would stop and hold on US 23 near Little Walnut Rd.

When deputies arrived on scene of the stop they were able to identify the two males as the ones being in Walmart. OSP searched the vehicle and found multiple items that were unopened and in Walmart and Target bags.

The two men identified as WHITE, LARRY JAVON, JR, 31, and HENRY, STEVEN LAMAR, JR, both from Columbus were charged with Theft without consent a felony. White was also charged with Criminal Trespass due to already not being allowed on Walmart property. Both were transferred to Pickaway Sheriff’s jail.