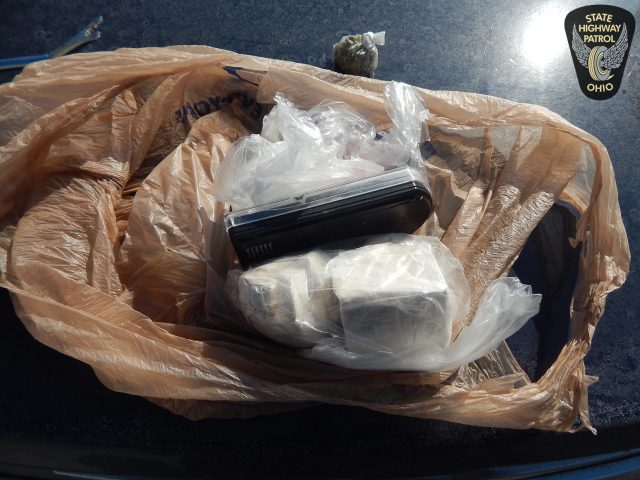 COLUMBUS – Ohio State Highway Patrol troopers filed felony drug charges against an Ohio woman after a traffic stop in Scioto County. During the traffic stop, troopers seized 140 grams of heroin and 27 grams of cocaine worth approximately $17,000.

On January 31, at 1:24 p.m., troopers stopped a 2013 Chrysler 200 with Ohio registration for failure to display and marked lanes violations on state Route 823. While interacting with the driver, troopers detected an odor of marijuana coming from the vehicle. A probable cause search revealed 140 grams of heroin and 27 grams of cocaine concealed under the front passenger seat. The driver also had a small amount of marijuana in her purse.