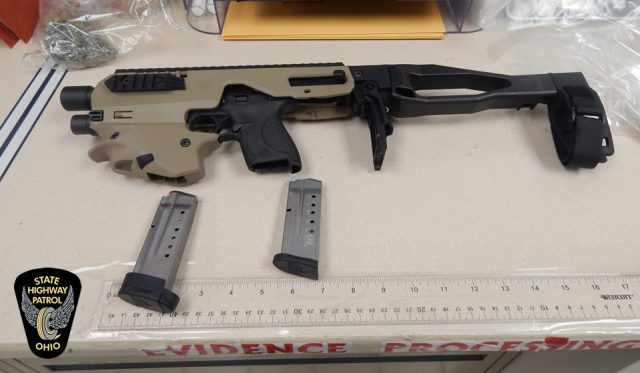 COLUMBUS – Ohio State Highway Patrol troopers filed felony drug charges against a West Virginia man and a Michigan man after a stop in Scioto County. During the traffic stop, troopers seized a Smith and Wesson 9mm handgun, 64 grams of suspected crack cocaine, 20 grams of marijuana, and 10 grams of suspected heroin worth approximately $6,500.

On August 29, at 11:43 p.m., troopers stopped a 2021 Nissan Altima with Ohio registration for a marked lanes violation on state Route 823. During interaction with the occupants, troopers observed a firearm between the center console and detected and an odor of marijuana coming from the occupants. While searching the driver, troopers located the suspected crack cocaine and heroin. A search of the vehicle revealed the marijuana.

The driver, Jerome Simpson, 35, Huntington, W.Va., and passenger, Bershawn Bailey, 28, Inkster, Mich., were incarcerated in the Scioto County Jail and charged with possession of cocaine, a first-degree felony, having a weapon under disability and possession of heroin, both third-degree felonies.