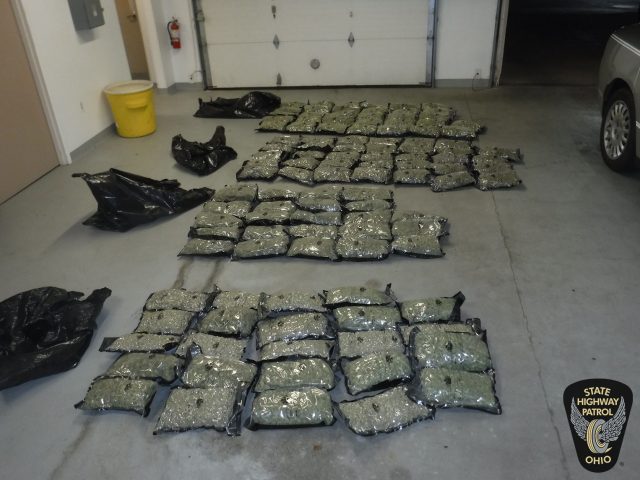 COLUMBUS – Ohio State Highway Patrol troopers filed a felony drug charge against a Michigan man after a traffic stop in Athens County. During the traffic stop, troopers seized 116 pounds of marijuana worth approximately $174,000.

On October 29, at 9:39 p.m., troopers stopped a 2018 Chevrolet Tahoe with Florida registration for a speed violation on U.S. 33. While interacting with the occupant, troopers detected an odor of marijuana coming from the vehicle. A probable cause search revealed the contraband.

The driver, Ariel Alvarez, 44, Saginaw, Mich., was incarcerated in the Southeastern Ohio Regional Jail and charged with possession of marijuana, a second-degree felony.