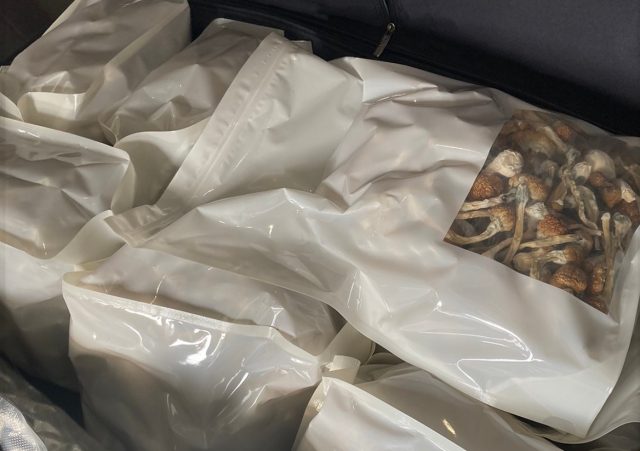 On December 17, at 11:22 a.m., troopers stopped a 2021 Chrysler Pacifica with Minnesota registration for a speed violation on Interstate 70. Criminal indicators were observed and a Patrol drug-sniffing canine alerted to the vehicle. A probable cause search of the vehicle revealed the contraband in the rear cargo area.

The driver, Natalie Borchers, 44, New Orleans, was incarcerated in the Tri-County Jail and charged with aggravated drug trafficking, a first-degree felony and possession of marijuana, a third-degree felony.