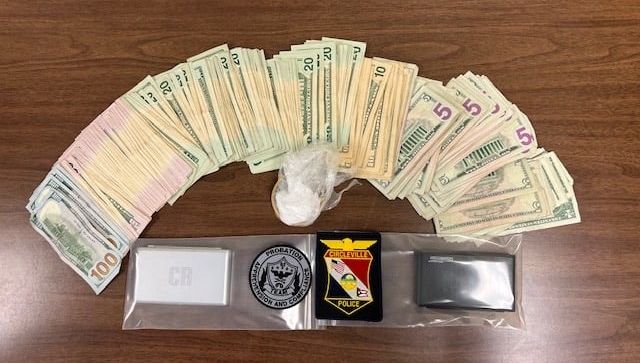 CIRCLEVILLE – K-9’s Serg and Dexter locate over 34 grams of dangerous narcotics in the City of Circleville.

On February 24, 2022, the Circleville Police Department along with the Municipal Court Probation department conducted multiple arrest simultaneously in the City of Circleville. A traffic stop was conducted on Dylan Lintz, 25 of Circleville, K-9 Serg was deployed and alerted on his vehicle leading to the discovery of a large amount of illegal narcotics.

A search warrant was then served at his residence located at 129 W. Ohio Street. Illegal narcotics and over $6000 in U.S. currency were seized. Dylan Lintz, 25 of Circleville was arrested and charged with the following charges and transported to the Pickaway County Jail without incident

An additional 14 traffic stops were conducted where 13 individuals were arrested, charged or will be charged with multiple felonies.

Altogether, K-9’s Serg and Dexter confiscated 21 grams of Fentanyl and over 13 grams of other various narcotics including Methamphetamine, Crack Cocaine, and other opioid substances that will be sent to BCI&I for testing.

These arrests are part of a larger investigation and additional criminal charges, and arrests are expected. Illegal drugs are a problem nationwide as well as in our community. Anyone with information about the trafficking or sales of illegal narcotics is encouraged to provide tips by calling the Drug Tip Line 740-477-DRUG (3784) or emailing [email protected] You can remain anonymous when leaving a tip on the Drug Tip Line