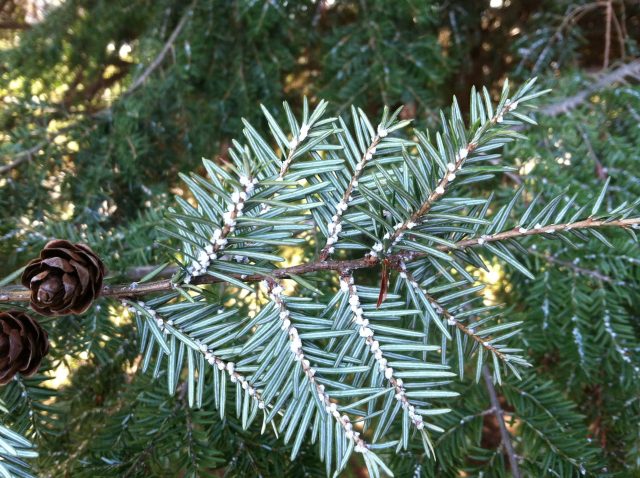 COLUMBUS, Ohio –The Ohio Department of Natural Resources (ODNR) Division of Forestry is asking for the public’s help to keep invasive pests out of Ohio’s forests.  ODNR is encouraging people to report sightings of hemlock woolly adelgids (HWA), insects that can threaten hemlock forests. 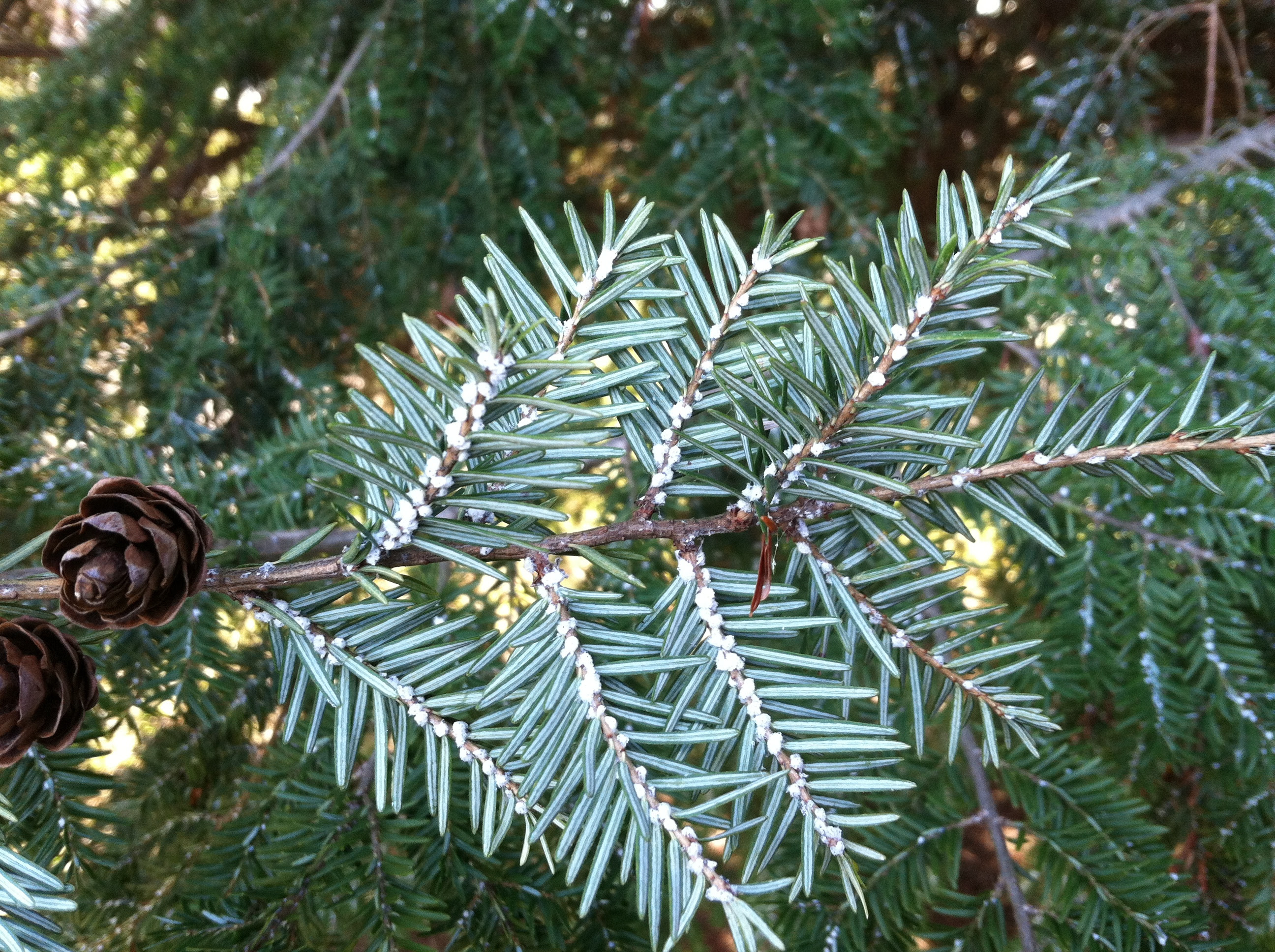 Caption: HWA are the white “woolly” masses on the
underside of branches and at the base of needles.

“These insects have been found in 20 Ohio counties and can be devastating to eastern hemlock trees,” Forest Health Program Manager Tom Macy said.  “By increasing statewide reporting of this pest, we can take better action to control it.”

HWA are tiny aphid-like insects that feed at the base of hemlock needles, depleting the trees’ stored energy. This causes tree decline and eventual death after several years. The insects can easily be identified by white “woolly” masses on the underside of branches and at the base of needles. They will only be found on the evergreen needles of eastern hemlock trees and will not be found on deciduous, broadleaf trees.  HWA are most easily spotted from October through June.

If you think you have found HWA, try to collect a sample, or take a quality photo, and then report it through one of the following options:

There are tools and strategies available for the protection of hemlock trees from damage by HWA. The ODNR Division of Forestry can provide technical assistance to landowners interested in integrated pest management of HWA. More information is available in the ODNR Eastern Hemlock Conservation Plan, accessible here.