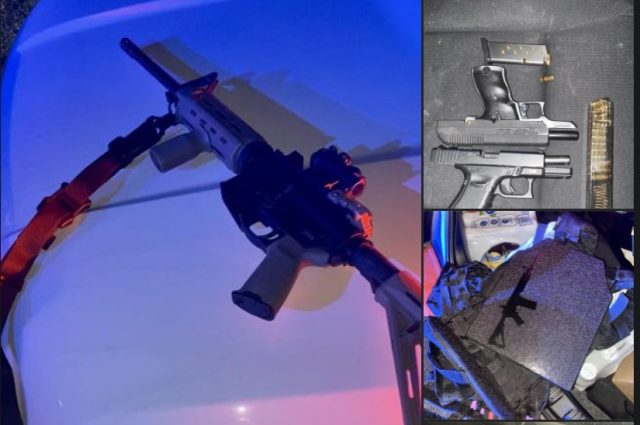 COLUMBUS – A handful of operations this weekend in Columbus kept officers on their toes when dealing with armed individuals in public places.

According to the Columbus Police department, when they attempted to close an after-hours party located in the 700 block of Harrisburg Pike just outside of Grove city they found people who were, “hostile.” During the investigation, police found several handguns with extended mags, a hard armor plate carrier, an AR-15, and several mags with armor-piercing ammunition.

The bar was shut down and some items were confiscated and court dates were set.