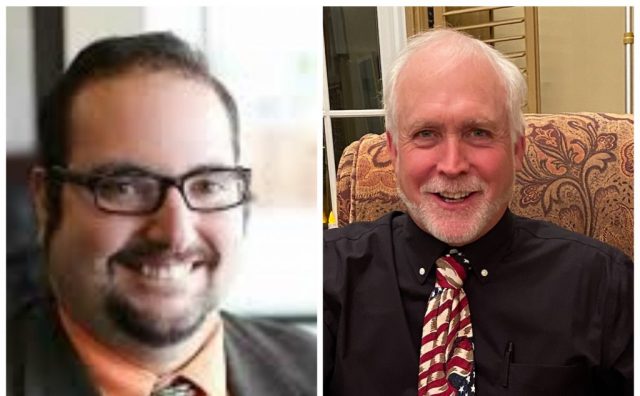 CIRCLEVILLE – The primaries are on today, and voting is occurring right now for only one ward in the city the 3rd ward.

3rd ward is one of the only contested seats for the primary election, Josh Ford (R) and Todd Brady (R). Both candidates have had seats on the council.

Only the third ward had a primary due to a lack of people running for seats in Circleville. We have 4 wards each have one member that represents, three at large positions, and a council President. Most of these seats ran unopposed through the primaries, and some possibly through the general election cycle also.

One significant change is Barry Keller (R) who has been certified to run for the Council President position is running unopposed. Current Council President David Crawford (D) decided to not run this year. The Independent deadline was yesterday, there were no filings.

Brent Bowers who is currently city treasurer will also not run for another election and Dodie Radcliff became city treasurer the same day as Mark Bidwell became auditor.

Mark Bidwell (R) who has currently been placed in the position of auditor after Gayle Spangler retired, will also be running unopposed in the two-party cycle.

Council at large, (3 positions) has only three candidates that had petitions turned in, Michelle Blanton (R), Tom Duvall (R), and Katie Logan Hedges (R). Duvall is a new candidate and Tom Klitzka has chosen not to run for a second term.

2nd Ward is also running unopposed with newcomer Caryn Koch (R). The 2nd ward seat has been filled by Councilperson Barry Keller for many terms. Keller is seeking the Council President position.

4th ward only had one petition Sheri Theis (R) who is the currently Councilperson in that seat.

All petitions counted so far are from the minor and primary parties, Independent deadline was yesterday, there were no filings.

We will have the final tally of the Primaries pretty quickly today due to the small primary.