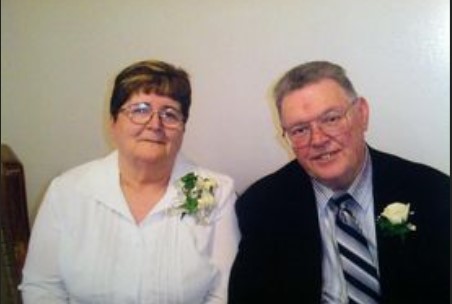 CIRCLEVILLE – Terry Agin, 83,   of Circleville passed away on August 2, 2021.  He was born on June 3, 1938 in Woodsfield, OH to Carl and Mary (Turner) Agin.  He got his associates degree in photography from NY Institute of photography.  He retired from E.I. Dupont and Nationwide Insurance after 11 years.  He was a member of the Calvary UMC, Pickaway Lodge #23 F & AM where he was Past Master and 50 year Pumpkin Show Trustee.  In addition to his parents he was preceded in death by his wife Carolyn R. (Greenlee) Agin and two grandchildren Shawn and Brent Speakman.  Terry is survived by his children Toye (Brad) Cotton of Circleville, Mark (Kay) Agin of Circleville, Terry Michael (Karen) Agin of South Vienna and Krista (John) Cooper of Circleville, 11 grandchildren, 14 great  grandchildren and by sister Toni (Ralph) Markwardt of Buffalo and brother Kelly (Linda) Agin of Circleville.  Funeral services will be held on Thursday, August 5, 2021 at 2:00 p.m. at the Wellman Funeral Home with burial to follow in Forest Cemetery.  Visitation will be held on Thursday from noon until the time of service.  Memorial contributions are suggested to the American Cancer Society.  Online condolences can be made to www.wellmanfuneralhomes.com.