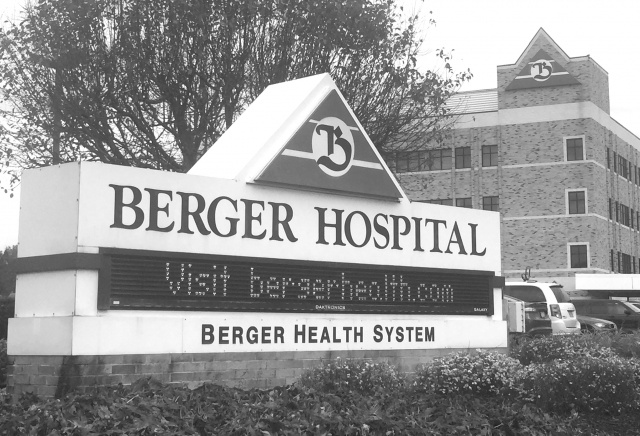 CIRCLEVILLE – Berger Hospital is owned by Pickaway County and the City of Circleville. In 2009, a ballot issue placed restrictions on the Circleville City Council regarding its ability to make decisions on the ownership and ownership structure of the hospital. This referendum gives the authority back to the City Council to make changes to its ownership structure and to lease the hospital to a not-for-profit organization.

The text of the issue from the Pickaway County Board of Elections: Shall the proposed ordinance that the City of Circleville is hearby authorized to enter into an agreement along with Pickaway Count to allow Berger Hospital to change its ownership structure and to allow the least of Berger Hospital facilities to a not-for-profit charitable organization be adopted?

Tim Colburn, President and CEO of the Berger Health System, and the Berger Board of Governors said that the hospital is strong now, but cannot survive for the long-haul as a standalone hospital and given our current ownership structure, these are not discussions we can even begin to have.

Without a similar ownership structure to Berger’s competitors, the hospital is at a disadvantage. Mount Carmel, Adena Health Systems, and Fairfield Medical, all not-for-profit health systems, are operating in or near Pickaway County, now. In part, they are able to do that because of their ownership structure and easy access to capital.

Colburn mentioned another competitive disadvantage is the relative size of the Berger Health System compared to its competition. He said the industry is seeing a trend towards merging into larger systems. Being part of a larger system helps with fixed costs and buying power as well as an ability to invest in new models of care. After the referendum, the hospital intends to pursue a strategic partnership with a larger health system, like OhioHealth. “Today, Berger is in a strong negotiating position but this position will not last for long. We must act today – every year we wait, our ability to negotiate from the driver’s seat and strike a partnership that is in the best interest of our community is weakened,” said Colburn.

Every City and County elected official and every single Berger Board Member support the referendum. However, some opposition has been expressed by two local residents on social media. The primary concern for the opposition is that officials are attempting to give away the hospital.

Passage of Berger’s ballot initiative allows the Circleville City Council to join the Pickaway County Commissioners to negotiate a transaction which would result in Berger becoming a not-for-profit business. While we certainly do not know today what any final agreement would look like, we expect that the transaction would involve a lease of the assets. No one would give away anything,” added Colburn.

A secondary concern that officials would move Berger Hospital out of Circleville. Colburn quickly dismissed this by saying, “we have no intention of moving Berger out of Circleville, period.” He added, “in fact, our goal is the opposite, we are doing this because we want to strengthen Berger and ensure we can retain local healthcare here in Circleville for years to come.”

Colburn, the Berger Board, City Council Members, and the County Commissioners all stress that the issue is about using Berger’s current strength to ensure Berger stays in operation in Circleville, and Pickaway County. Leadership of the hospital point out that the hospital will still be government owned after the referendum, and the leadership has a fiduciary duty regarding action taken on the hospital.

Voting Yes on the issue will restore authority to City Council to change the ownership structure and to negotiate a lease agreement with a larger health system, like OhioHealth. Voting No will restrict the City Council from making the change, which could have significant long-term consequences for Circleville.