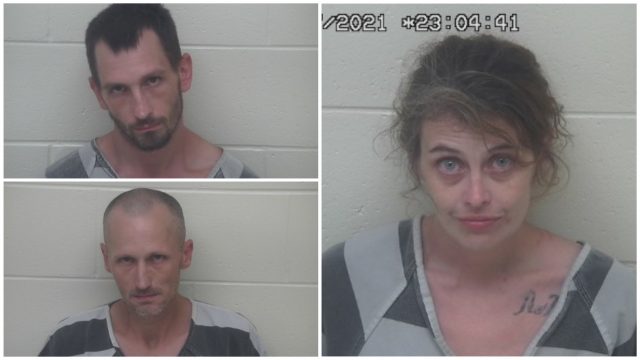 Scioto County Sheriff David Thoroughman stated on October 7, 2021 at 3:56 p.m. his 9-1-1 Communications Center received a call of a subject that had been shot, and the victim was at 148 Enley Road in McDermott.

Deputies and Detectives were dispatched to this location. While enroute, deputies were advised that the suspects had fled the location in a marron Ford pickup. Upon arrival, the victim was laying on the ground and a good Samaritan was providing first aide.
The victim advised that he was shot in the 300 block of Enley as he was running away. The victim did have what appeared to be bullet wounds in the area of his back. Deputies and Detectives went to the 300 block of Enley, locating one of the possible suspects, Jason Hammond. The victim was flown to Cabell Hospital and is listed in stable condition.

While deputies and detectives were investigating the incident location another search was being conducted for the second subject. The Ford F150 used to flee the area was located hidden in the woods near a camper in the 400 block of Henry Cooper Road in McDermott. The Ford F150 was reported stolen out of Ross County.