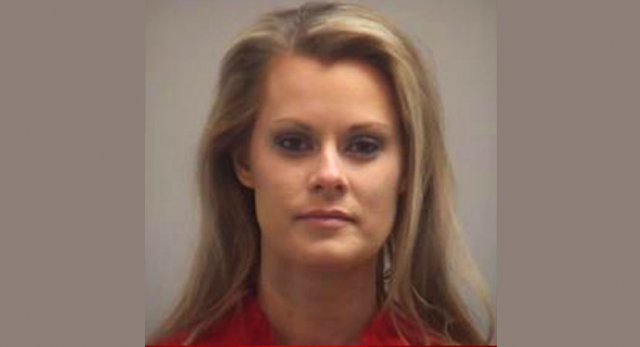 Editors note: This letter was penned to be read aloud during the proceedings this month. The letter has been reproduced for the Scioto Post, un-edited.

Written by Aspen Lambert: Tara came into our life when we were just babies. She was someone who occupied our dad from seeing us when we were little, then one day up and moved in with us. We grew up trusting her with our personal problems, because we thought she was being supportive by wanting to listen to them. In reality, she wanted to use our problems against us by telling our dad her own version and turn it around to make it sound like our problems were because we had to go to their house every other weekend instead of doing what we really wanted to being doing with our time; in some cases, that was true. But, most of the time it was just something to get him worked up over. As Tara’s relationship with our father grew, she became more overbearing, more controlling, and more psychotic. There was a time when Kiersten was playing a game with Tara and she went to check the time on Tara’s phone and she had been voice recording Kiersten the whole time. There were also several situations where Tara had lied to us. For example, she showed my sister and I suggestive photos she had taken of herself claiming to be for my father’s Christmas gift; he never received such gift. Another example would be her telling not only my dad, us, and the whole family, that she was pregnant and showed, what we now believe to be fake, ultrasound pictures. Tara would always tell us that our mom and dad were going to hell for having kids before marriage. Is that why you rushed our father into getting married because you were “supposedly” pregnant? We didn’t have any idea that our dad and Tara were getting married until the weekend of the wedding occurred. That is when the lies began to pile up and the trust started to fade.

From there, Tara began to become constantly obsessed with the thought of hating our mother, but playing it out as being her “friend” to get closer to her and to learn more about her. Although there were some good things that Tara included my sister and I in; there were always bad things involved with the situations. Tara would plan vacations with her family, but tell our dad that we did not want him to come with us without our knowledge. If she took us shopping, to the zoo, or even family and friend gatherings, she would make us call her “mom”, with the reasoning “she doesn’t want people to know her name” and still not include our dad in these events.

The bad would always outweigh the good, and the start of a lot of problems was when she told our dad she did not like me. She said she did not like me because I was too much of a tom boy, and that’s why she liked my sister more. I was not the only person Tara acted like that toward. She would also talk about random people she would see out in public, she would talk about her “best friends”, and even her family. No one was ever as “good” as she was. I could go in detail about how poorly she talked about them all. The one thing that hurt more than seeing her switch personalities towards certain people was our dad missing out on many of our sporting events in the time of his relationship with Tara, because she either did not want to go, or she would say it was too far of a drive. We missed multiple events during our lives and if our mom was there, she would not let us talk to her. Tara controlled everything and everyone. The lies continued to increase and the mean side of her started to show.

Tara has also told my sister and I details about the sex life between her and our dad, explaining where, how and even the time of day it occurred. That’s something we did not want to know or even need to know.
There was a time I was dating a guy; he was biracial and she did not like that idea and harassed me over it, calling me and him names saying I am going to hell and then got my dad worked up over it too. There were times when she would tell me or Kiersten to do something and then go tell our dad just to see him yell at us or ground us. Tara had also gotten my dad and his mother into a fight to the point that we did not see her for two years, then told my sister and I that our grandma did not love us and that is why she does not need to see us. Tara had said multiple times that she wanted my mom and grandma dead and that she hated them with a passion.**

**My sister and I began to stick up for not only our mom, but our other family members too. Tara did not like that. I was once on the phone with her and she called our mom a “bitch,” in which I responded, “don’t call her that.” Immediately, Tara said “why don’t you just have Shawn adopt you,” then went and told our father that we told her we wanted our stepdad to adopt us. My father became angry and believed every word out of her mouth, even when we explained that she was turning the story around. Tara manipulated us all.

Tara began to make accusations knowing they were not true. She called the Portsmouth Police Department, the first time, accusing my stepdad of forcing my sister to drink alcohol. The cops came and asked questions and found that it was not at all true. The second time, she was texting me about what we would be doing the next weekend we came up, and called the police once again, claiming that my mom and stepdad were fighting and that I was scared and then randomly stopped replying. Tara told the cops that she could not get us to answer and was worried, so the cops came once again to ask questions, only to find out they were also lies. Not to mention, Tara and I were actually texting each other the same time as she was talking to the police.

July 28, 2015, Aspen and I were pulled out of soccer practice and rushed home. Not knowing what was going on, my grandma said, “just get in the car.” She took us home and we went next door because the Pickaway Sheriff’s Department called and was on their way to talk to our mom and she was told to have all of the kids, including our sister who was 5 years old and our little brother who was only 16 months at the time, out of the house so they could talk to her. At the time, we didn’t know the Sheriffs were there. The next morning, not much was said besides, “ we are going somewhere, but do not ask questions until we get there.” Our mom took us to a counselor. When we got there, mom started to cry. The counselor told us, Tara had been arrested. Aspen saw how self conceited she had been becoming over the years and thought her and our dad had gotten into a fight and she had hurt him. Of course, our mom was beside us and crying, so we knew she was safe; so the only thought that came to our mind was “Is our dad okay?” That is when the counselor told us that Tara had tried to hire a hitman to kill our mom. We were in complete shock, but knew Tara had probably been planning this out since she started making threats. As I watched the video of her arrest and the undercover cops video, it not only hit me how much she really wanted our mom dead, but also how hard it is to trust someone no matter how long you have known them and how evil she actually was.

After she was arrested, my sister and I had to go to counseling with our dad to try to build the broken and untrusted relationship Tara had created between us. We told our father, “us or Tara,” and he chose us and filed for divorce. We were all terrified that she would soon figure out that he was leaving her. We had to watch our backs everywhere we went; in case she had a back up plan that no one knew about. Those days were some of the most terrifying days of our lives. There are many times that we still get scared, especially when we are alone. How could someone want to kill their step children’s mother? How could she live with herself seeing us through all that pain? Only a monster could think of themselves knowing they had hurt tons of people around her, including people she supposedly “loved.”

Now that Tara has been out, and has a child of her own, she should have to feel the pain and suffering she tried to inflict on us and our family. Tara was not thinking about us, our younger siblings, our family, our friends, or even our stepfather (who she also mentioned she did not care if he was murdered in the process). In our eyes, and I am sure others eyes, she is wanting sympathy for being a “mother” when in reality, she probably planned this hoping to be set free. She is not only going to put herself through pain but also her baby. She is not fit to be a mother and should not be trusted as one; we believe she has a high chance of being arrested again, especially if she isn’t punished enough, once and for all. As most people believe in Tara’s lies, my sister and I will be talked about, remembered, and hated, along with our family, because we are here to tell the truth about our lives with Tara in it and we want to feel safe again in our own homes. Justice needs to be served for us and our family. I hope everyone can agree upon that.
Thank you, Aspen and Kiersten Lambert 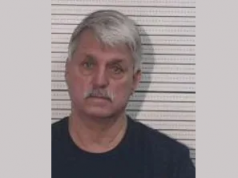 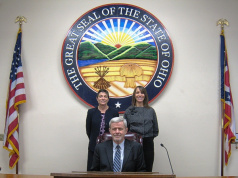 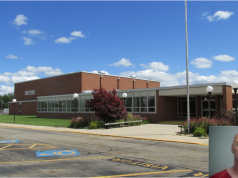