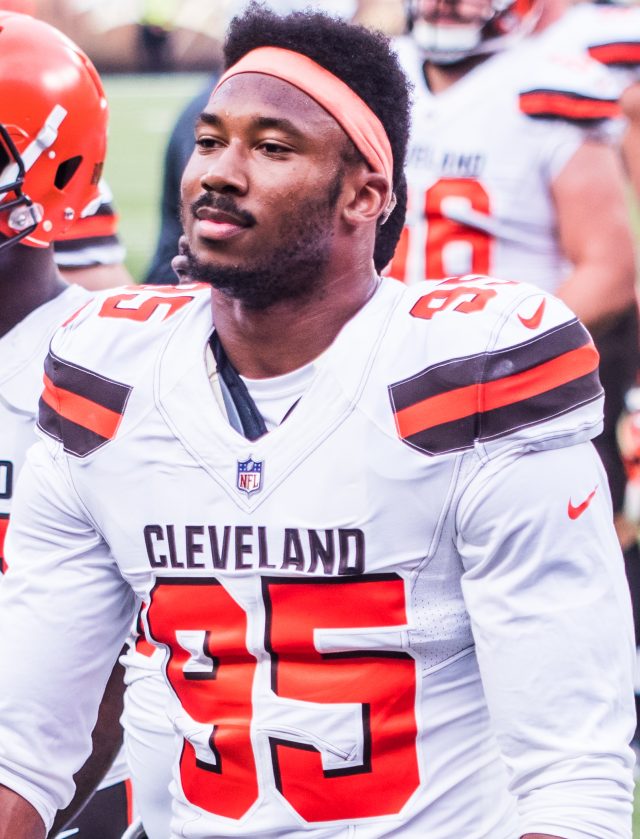 OHIO — An aggressive and physical game between the Browns and Steelers on Thursday in Cleveland ended very poorly. With :08 left in the game, Browns DE Myles Garrett ripped Steelers QB Mason Rudolph’s helmet off and hit him in the head with it. This was part of a fight that several Browns and Steelers players participated in.

There were other suspensions handed down from the league this morning:

Browns DE Myles Garrett has been suspended indefinitely by the NFL after a fight last night where he took Mason Rudolph’s helmet and hit him in the head with it. Garrett will be out for the remainder of the season. He will have to meet with the commissioner for reinstatement.

Steelers C Maurkice Pouncey has been suspended for 3 games.

Browns LB Larry Ogunjobi has been suspended for 1 game.