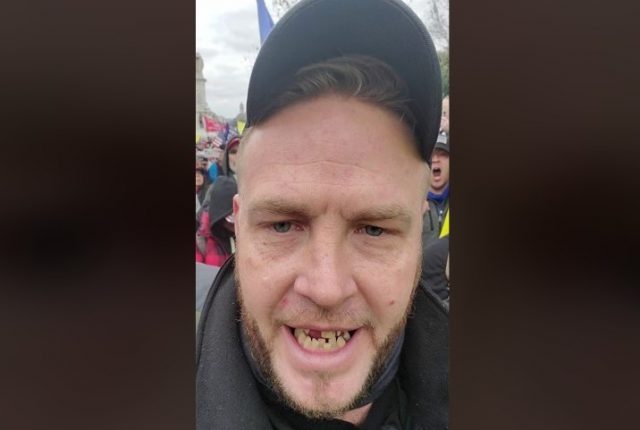 CINCINNATI – A Wilmington man pleaded guilty in U.S. District Court here today to making interstate threats, a felony offense. The crime arises from his communications online related to his participation in the Jan. 6, 2021, riot at the United States Capitol.

According to court documents, Stoll used the username “Th3RealHuckleberry” on the app Clapper and on YouTube to post videos related to his participation in the Capitol riots.

Videos Stoll filmed at the Capitol show that he proceeded past police barricades that other rioters had torn down and yelled profanities at U.S. Capitol Police.

The government’s investigation has not yielded evidence suggesting that Stoll entered the Capitol building, engaged in acts of violence, or destroyed property.

When Stoll returned to the Southern District of Ohio, he uploaded the videos to social media.

Stoll received comments from other individuals in response to his YouTube videos, including from one user who said (s)he had saved Stoll’s video and suggested that Stoll might go to prison. Stoll responded via another video, in which he said, in part:

Well, that shows your f—— ignorance because, clearly, the capitol building is owned by the people, so again, nothing will happen. Secondly, I never admitted I went into it, did I? Go watch the video again. Daddy’s not stupid. [Wink.] Third, if you ever in your f—— existence did something to jeopardize taking me away from my family, you will absolutely meet your maker. You can play that for the D.A. in court, I don’t care. If you ever jeopardize me, from being with my family, you will absolutely meet your mother f—— maker, and I will be the one to arrange the meeting.