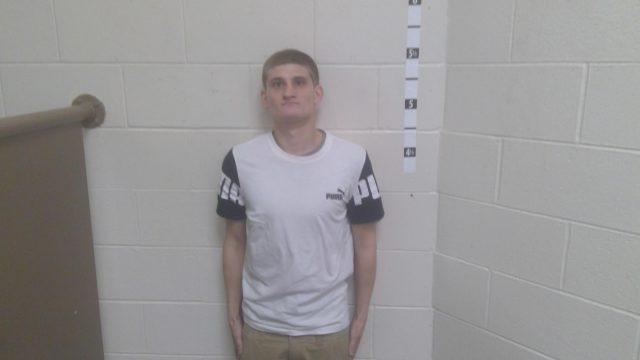 ROSS – Last night we posted a reported some scanner traffic of a deputy that was seeming pretty agitated.

A deputy in the traffic reported that he was starting a traffic stop after the driver almost hit him in the intersection. He immediately asked for another car to the scene since he was semi-involved in the incident.

The report says on 1/22/22 Sgt. McGoye initiated a traffic stop at the intersection of Pleasant Valley Rd. and Egypt Pike. Illegal items were observed in plain view and an investigation was initiated

Kane Gillum was arrested and charged with drug paraphernalia, possessing drug instruments, and improperly handling firearms in a motor vehicle.

The video is here: https://fb.watch/aJylGGVmAK/