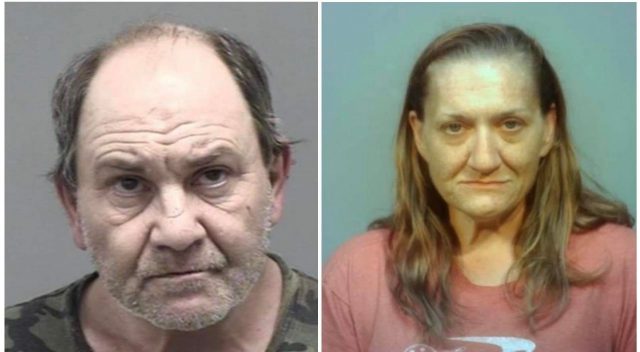 On July 27, 2022, Agents with the Southeast Major Crimes Task Force executed a search warrant at 4239 Vore Ridge Road, Lot 59, after a long-term investigation into William E. Morgan trafficking in drugs. The residence was secured by the Athens County Sheriff’s Office Special Response Team.

Agents conducted a search of the property and located bulk amounts of suspected heroin and fentanyl, as well as suspected methamphetamine and prescription opiates. Also located during the search was four firearms, U.S. Currency, electronics, and evidence of drug trafficking.

Two of the four individuals located were found to have active warrants for their arrest. Sheriff Smith states “Laine Vance, age 41, was transported to the Southeastern Ohio Regional Jail on multiple active warrants. William E. Morgan, age 59, also had active warrants but due to his health condition was transported to OhioHealth O’Bleness Hospital by Athens County EMS.”
All applicable items seized during the search warrant will be sent to the Ohio Bureau of Criminal Investigations laboratory for testing. Charges will be presented to an Athens County Grand Jury on multiple individuals once lab results are completed.