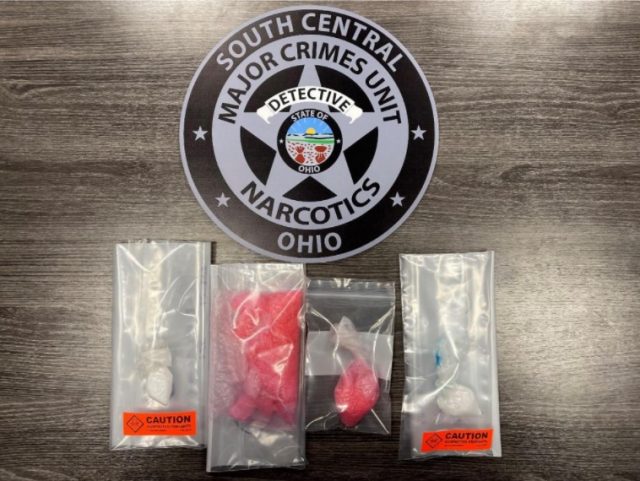 On Tuesday March 15, 2022, The South-Central Ohio Major Crimes Unit with the assistance of the Lancaster Police Department Strategic Response Team, Detective Bureau, the Fairfield County Sheriff’s Office Detective Bureau, and the Ohio Bureau of Criminal Investigation ended a brief narcotic trafficking and stolen property investigation with the execution of a search warrant at 116 E. Winding St. Lancaster and the arrest of a Lancaster man. This investigation involved the distribution of Methamphetamine, and Fentanyl throughout the region and resulted in the arrest of Randall L. Gilkerson Jr. 44 of 116 E. Winding St. Lancaster, Ohio. Gilkerson was
booked into the Fairfield County Jail on one count of possession of drugs, a Felony of the 2nd degree with additional trafficking charges to be presented to the Fairfield County Prosecutors Office. Seized during the investigation was more than 159 grams Methamphetamine, 25 grams of the dangerous synthetic opioid Fentanyl, digital scales, packaging materials, and $1,289.00 in currency.

This type of successful outcome which directly impacts the quality of life in our community, is a direct result of a collaborative effort between the South-Central Ohio Major Crimes Unit, its Law Enforcement partners, and the community. If you see suspicious activity or believe drugs are being used or sold in your neighborhood, please contact the Major Crimes Unit at 740-653-5224 ext. 3, your information can be anonymous.