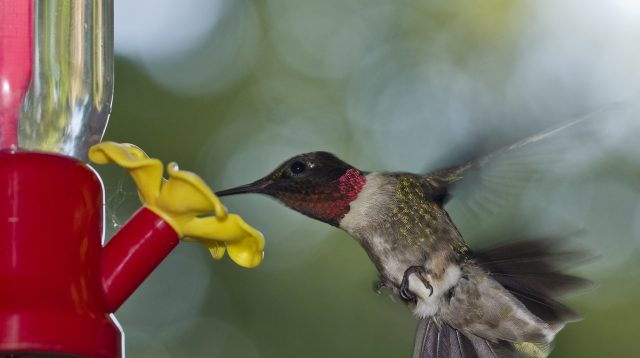 OHIO – The migration of the hummingbird is in full swing, and the birds may arrive in Ohio sooner than expected. Usually, you start seeing the fast-moving birds in Mid April but according to the Migration maps, it may be several weeks sooner.

Some scientists say Hummingbirds usually come a little later but, according to humming-birdguide.com birds are already being seen in Kentucky and Virginia this week

The Ruby-throated hummingbird common to Ohio is heading from its winter vacation in deep south Mexico and South America.

Ruby-throated hummingbirds can travel over a thousand miles non-stop and head to the southern regions to survive over the winter. When they return to Ohio after the long trip they are searching for food,

So it is important to have your feeders out and available in the coming weeks. Hummingbirds come to Ohio for less competition and to breed. Males are usually first to come followed by females.

Breeding is heavy during this return season also, Male Hummingbirds find a territory before the female arrives and then attract the females with a courtship dance. A female hummingbird will lay 2-3 eggs up to three times a year.