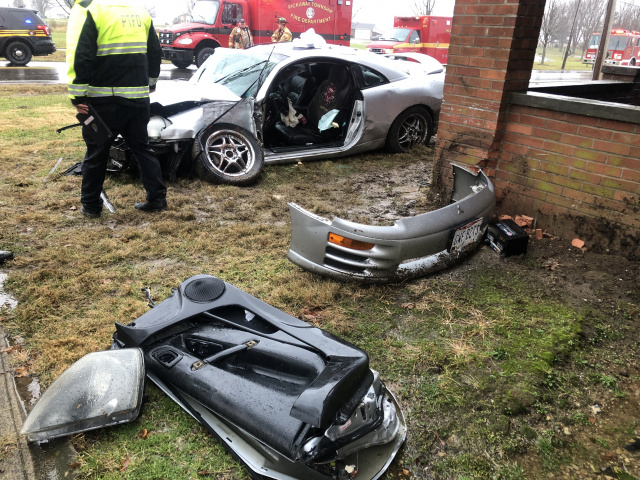 CIRCLEVILLE – An accident earlier today shut down a section of road between Pontius and Dunkle road on 188 in Circleville.  According to Circleville Police, Jason Raines 35 of Circleville was traveling West bound on 188 and lost control of the 2001 Mitsubishi Eclipse drove off the right side of the road onto the embankment and struck the Red Barn building located at 1144 North Ridge Road.  Raines was pinned inside the vehicle and Circleville Fire with the aid of Pickaway Fire extracted him and transported him to Berger where he may be transported to Grant for a possible High leg break and head injuries. 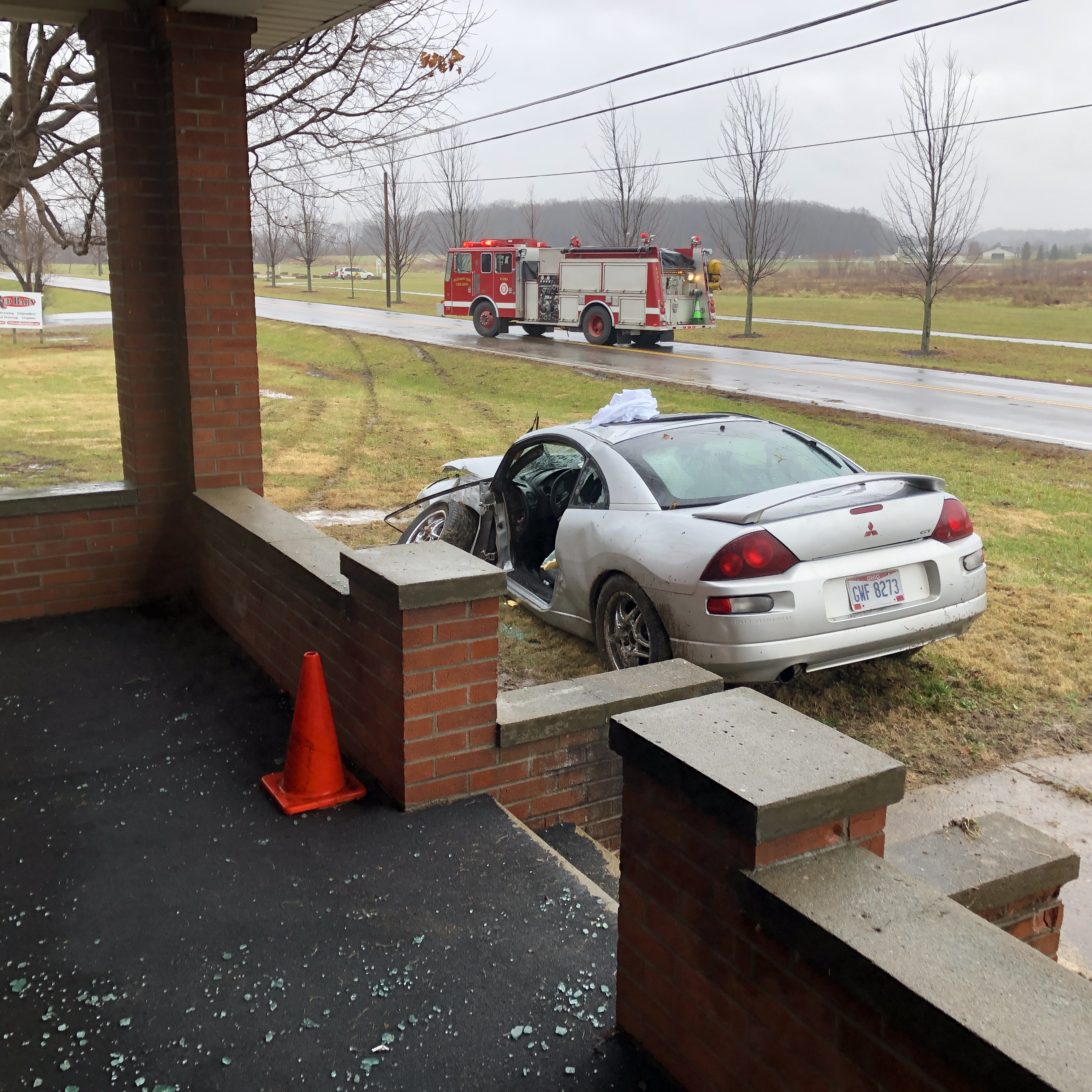 Raines told police that he just left the house where he was staying on Dunkle Rd. and was wiping of the right side of the inside of the windshield when he lost control. 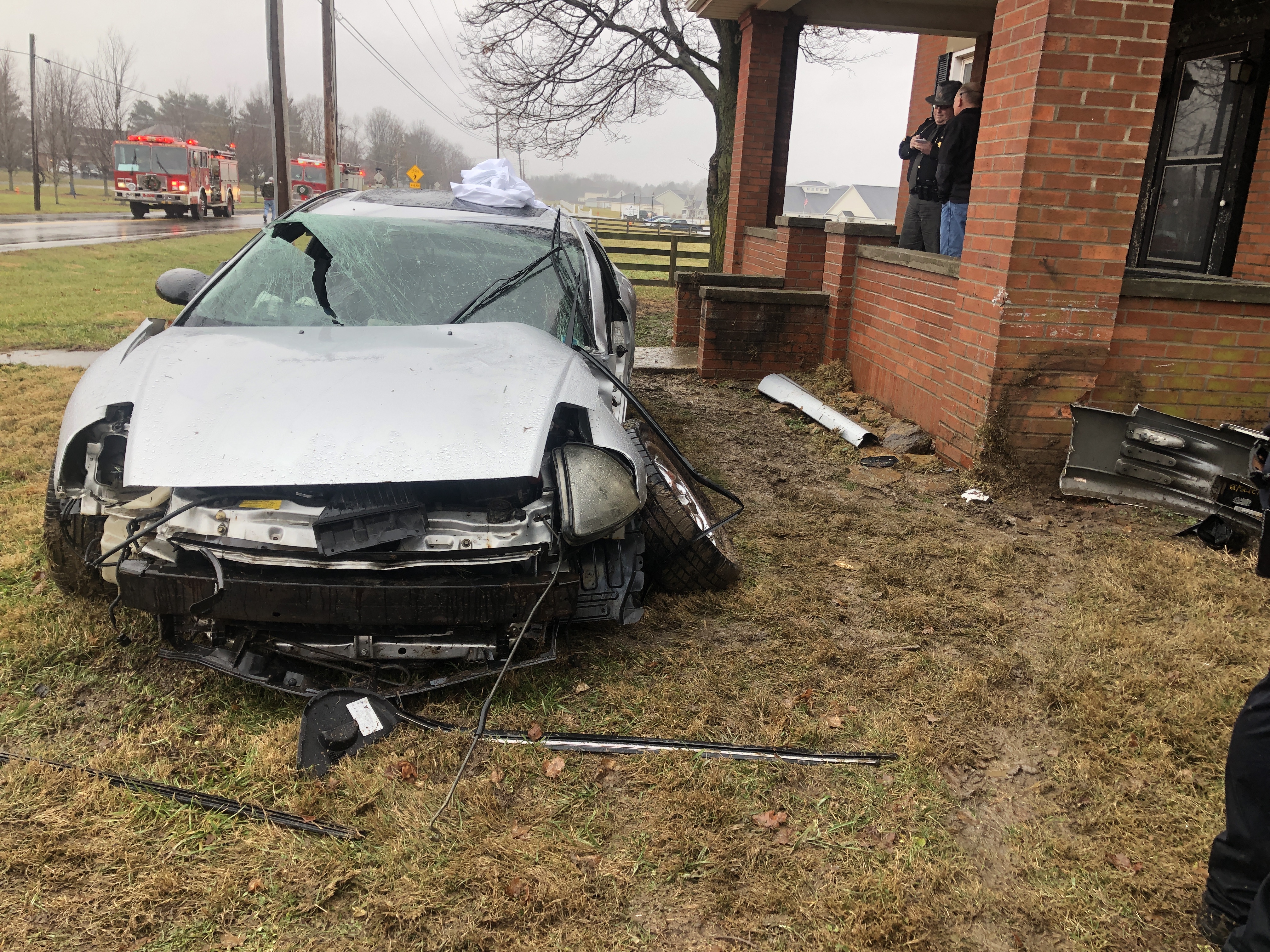 According to police on scene Raines was wearing seat belt at time of crash.  Circleville Police, Pickaway Sheriff, Pickaway Township, and Circleville Fire were on scene.  188 was shut down for about a hour for this accident.
According to Red Barn the home was built in the late 1800 and the brick on the front of the home is original to the home. 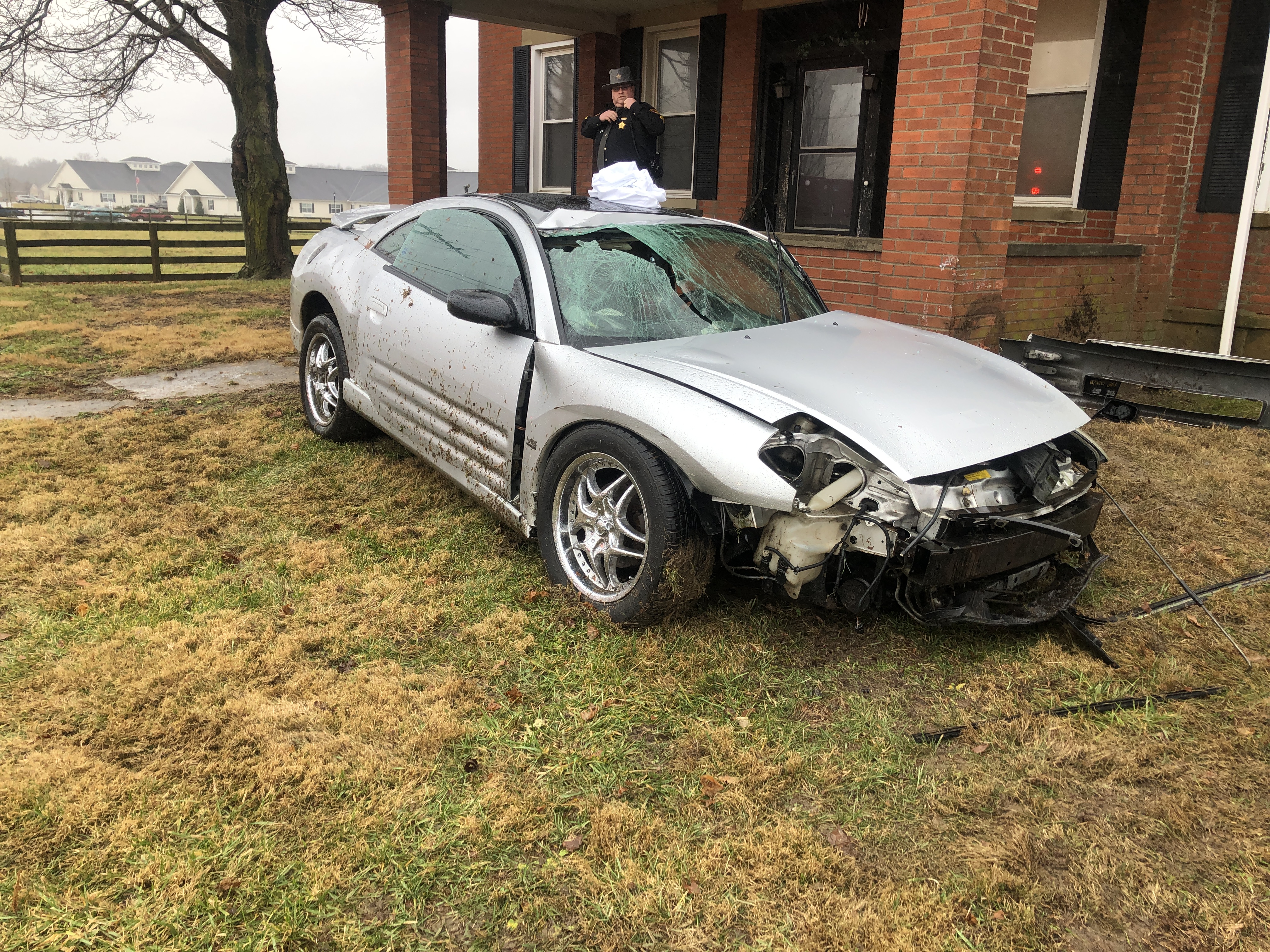 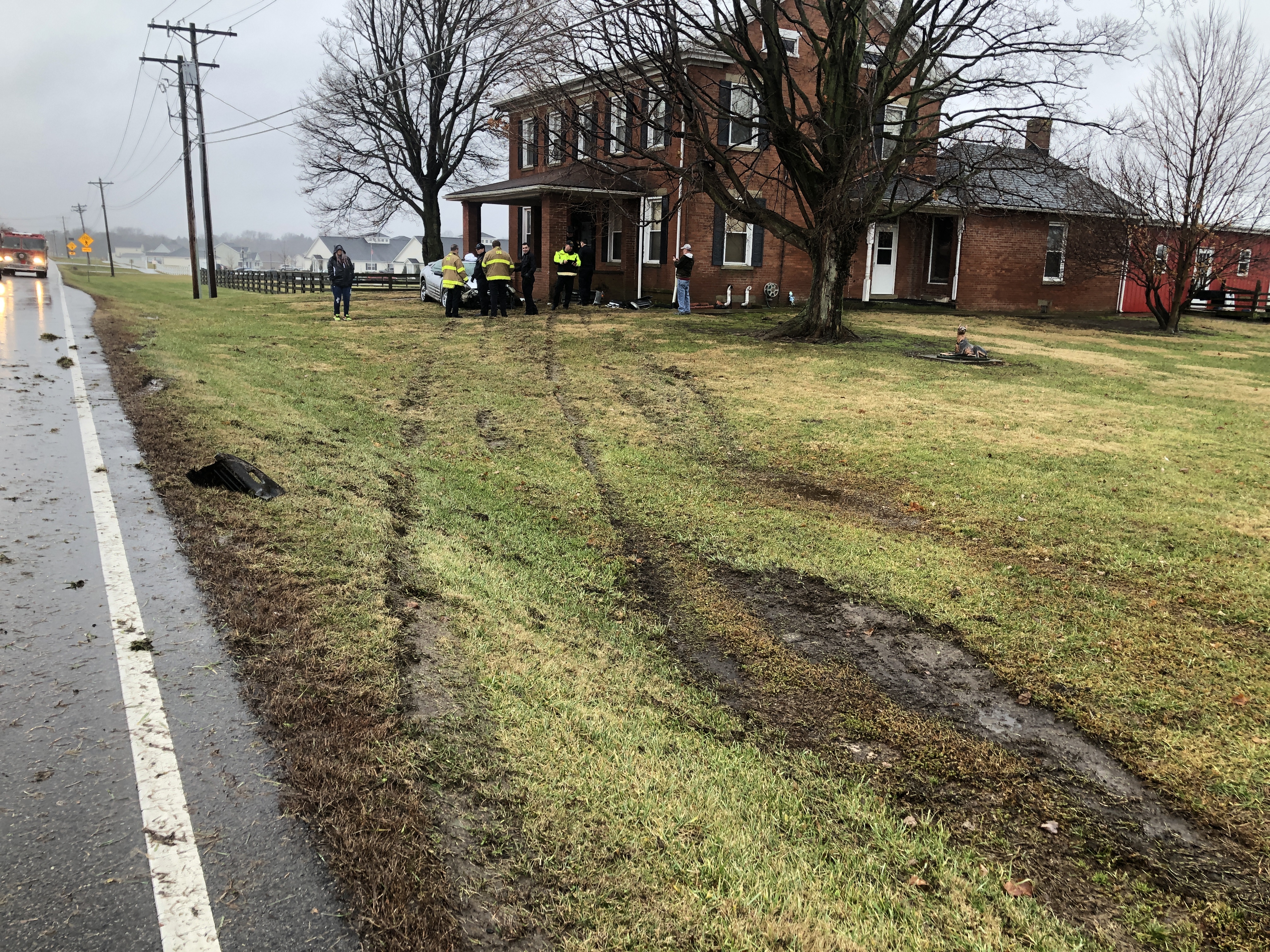