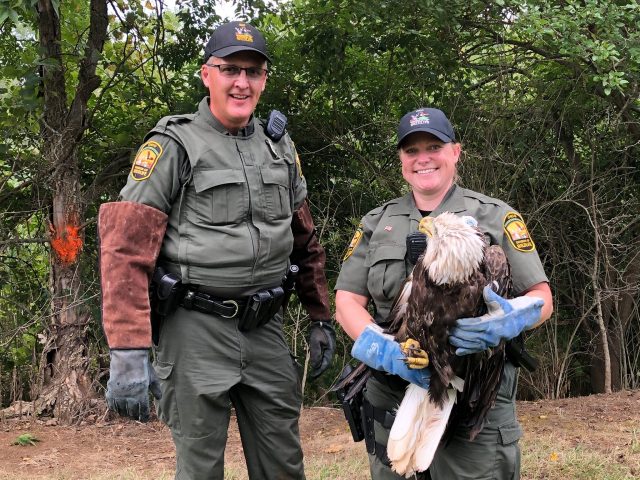 OHIO – Ohio Division of Wildlife is reporting that a second eagle has been hit by a car and needed rescue.

According to ODNR Wildlife Officers, Matt Hunt and Jasmine Grossnickle responded to a call of an injured eagle in the area of Bradford in Miami County.

When they arrived they found an adult bald eagle that they were able to capture and transport to Glen Helen Raptor Center for medical assessment and rehabilitation.

According to a release the bird had been feeding on carrion on the side of the road when it was hit by a car traveling in the area.

On August 18 Fairfield Firefighters reported hitting an adult Eagle on the way to an emergency call that story here: https://www.sciotopost.com/bald-eagle-struck-by-firefighters-in-fairfield-county/