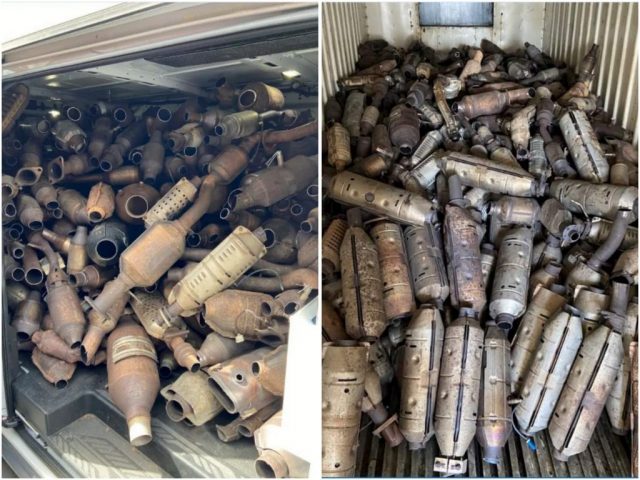 OHIO – A theft that has surged in Ohio and Nationwide, Catalytic Converter theft.

The theft of this engine exhaust part takes only minutes but costs vehicle owners hundreds if not thousands of dollars to replace. The part thieves can sell on the market for hundreds of dollars each makes them an easy target.

Now Rep. Bob Young, R-Green wants to make sales of the part harder so they are not sold for profit.

Young introduced House Bill 408 this week which would ban the sale of the part without proof of ownership. The bill brands catalytic converters as “special purchase articles” under the law, making it illegal to be sold to any entity without proof of ownership. The bill’s intent is to protect consumers from catalytic converter theft and create more transparent guidelines for businesses.

“Catalytic converter theft is on the rise here in our state and across the nation,” said Young. “Currently under the law, there is no accountability on these stolen items and they are easily taken from people’s vehicles. It’s my hope with this bill that we stop the sales of these converters to help our consumers, businesses and environment. Catalytic converter theft harms businesses, individuals, insurance companies, the environment, and puts an undue burden on law enforcement.”

The detriment of the current law is many individuals, even with car insurance, are having to pay thousands of dollars to replace these converters if stolen from their vehicles. Moreover, if people don’t pay for a replacement, they continue to drive their car without a converter, which leads to more harmful compounds being released into the environment.

“Fixing and clarifying our regulations concerning the trading of these articles is going to relieve a burden on many entities, even for our law enforcement due to the lax laws that take up their time and resources,” Young added.

Young acknowledges that he is coordinating with the Ohio Prosecutor’s Association on the legislation. The bill is also supported by the Ohio Association of Chiefs of Police and the Summit County Prosecutor’s Office. HB 408 is now awaiting a committee assignment this upcoming fall.

In June 800 Converters along with 40,000 in cash were seized in Kent Washington story here: https://www.sciotopost.com/national-news-you-think-our-catalytic-converter-theft-problem-is-bad-one-of-the-largest-bust-in-u-s/