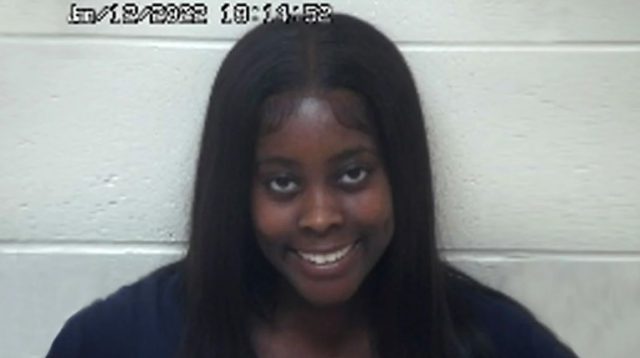 SCIOTO – Judge Mark Kuhn of the Scioto County Court of Common Pleas sentenced a Michigan woman to 20.5 – 26 years in prison after she was convicted by a jury following a 2 day trial on November 29, 2022.

Candace D. Guice, 24, of Ecorse, Michigan, a suburb of Detroit, was facing 10 felony counts related to trafficking in a Fentanyl Related Compound, possession of a Fentanyl related compound, possessing criminal tools, and designing a vehicle with a hidden compartment for the purpose of concealing drugs. Ms. Guice was found to be a Major Drug Offender on a total of 6 of the felony counts she was facing.

On January 12, 2022, troopers with the Ohio Highway Patrol stopped a rental vehicle on U.S. 823 in Minford, Scioto County, Ohio. Ms. Guice was the driver and lone occupant of the vehicle. Following a consent search of the vehicle, troopers discovered a hidden compartment which contained a large amount of tan powder. Laboratory analysis confirmed the powder as a mixture containing Fentanyl, Phencyclidine (PCP), and 6-monoacetylmorphine (a Heroin metabolite). The drugs were packaged in four separate bags weighing between 34 and 270 grams. The total weight of the fentanyl compounds was in excess of 544 grams and had an estimated street value in excess of $75,000.

The State of Ohio was represented by Chief Criminal Division Prosecutor Julie Hutchinson and Assistant Prosecutor Matthew Loesch. Ms. Guice was represented by local attorney Shawn Stratton. The Scioto County Prosecutor’s Office extends its thanks to the diligent efforts of the Ohio State Highway Patrol troopers for their work in this case and their continued efforts in combating the flow of illegal narcotics in and through Scioto County.