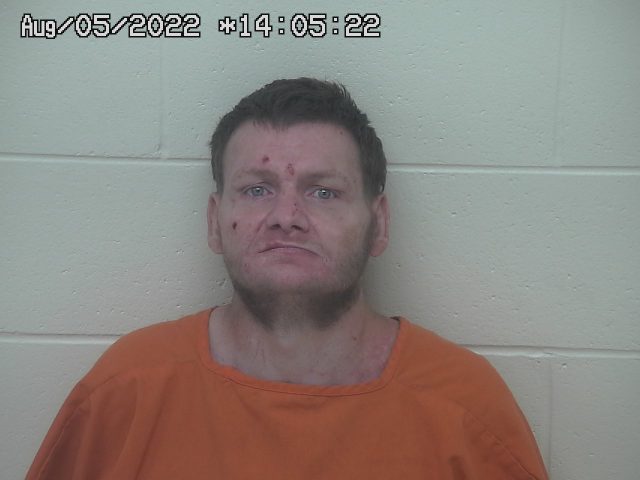 Scioto County Sheriff David Thoroughman states that his office was contacted on Tuesday November 1, 2022 by Scioto County Children Services stating that they had received information that a child had been sexually assaulted.
Sheriff David Thoroughman stated that a Detective working jointly with the Scioto County Prosecutors Office Special Victims Unit was assigned to the case. During this investigation, Detectives were able to establish that the victim would have been age 8 on
the date of these assaults. Additional information was obtained that several small children were still living at the residence. As a result, of this information, Detectives and Scioto County Children Services responded to 126 Maplewood Ave. Lucasville Ohio that resulted in the suspect being detained without incident.
Sheriff David Thoroughman stated that Detectives observed while at this residence a female inside that had a protection order against the suspect.

Arrested was John W Smith age 40 of 126 Maplewood Ave. Lucasville, Ohio. Smith has been charged with two counts of rape a felony of the 1st degree,1 count of violation of a protection order a misdemeanor of the 1St degree and served a warrant for failure to
appear for a diversion hearing.
Smith is being held without bond and will appear in
Portsmouth Municipal Court on Wednesday November 2, 2022 Sheriff David Thoroughman stated that this is still an ongoing investigation that could
involve more victims with additional charges. The quick arrest was the result of the Scioto County Sheriff’s Office and Scioto County Children Services working jointly with the Scioto County Prosecutors Office Special Victim’s Unit.