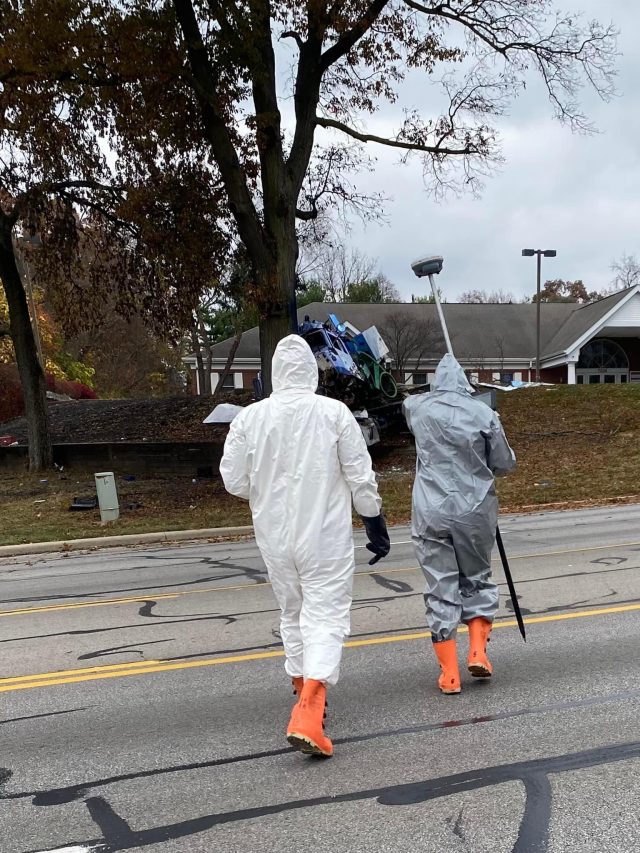 Sheriff Dallas Baldwin states that the Franklin County Sheriff’s Office is investigating a fatal injury crash that occurred at approximately 11:56 am in
the area of 7734 E. Broad St., Columbus, Franklin County. A white 2017 Peterbilt truck was traveling west on East Broad St., when for an unknown
reason it crossed into the same lane a silver 2015 Honda Civic was traveling.

The white Peterbilt struck the silver Honda in the driver’s side pushing it off the north side of the roadway. The white Peterbilt continued west and
traveled off the north side of the roadway and then struck a tree. Franklin County Sheriff’s Office Deputies, Columbus Police Department and Columbus Division of Fire responded to the scene. The two of the occupants of the Civic were taken to Mt. Carmel East hospital for minor injuries but in
stable condition. The driver of the white Peterbilt was pronounced deceased by Columbus Fire Medic 16 on scene at 12:01 pm.